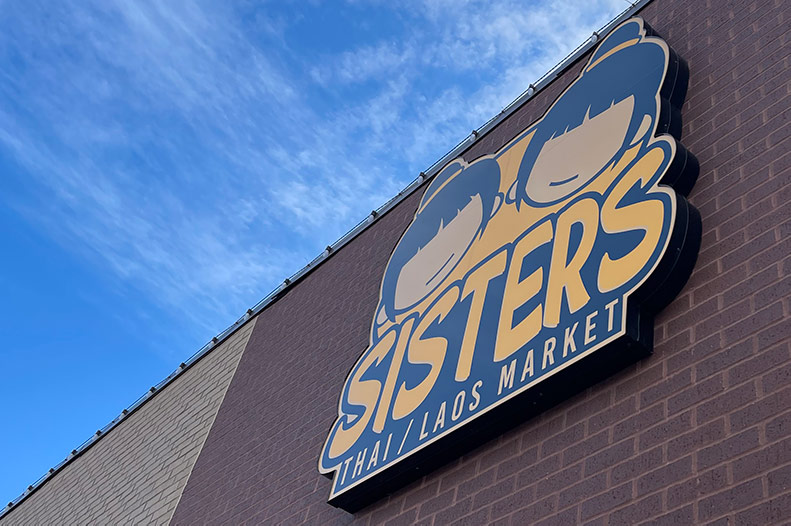 The sign sitting on the front of 5801 Johnson Drive, which went up last year. Photo credit Juliana Garcia

It appears Sisters Thai/Laos Market, a small grocery store that had been in the works for more than a year in downtown Mission, will not open after all.

Catch up quick: Since early 2021, the empty storefront at 5801 Johnson Drive has been adorned with a Sisters sign, but little activity had been seen inside the building.

Why they said: City Administrator Laura Smith told the Post via email that “the building permit was closed out due to lack of activity” and that the property is “actively being marketed for lease.”

What else: The Post reached out to Cyrus Riahi, owner of Sushi Karma for comment on Sisters Thai/Laos Market’s status and have yet to receive a response.

Mission Business District posted on Facebook in April 2021 when Sisters Thai/Laos Market’s sign went up on the space.