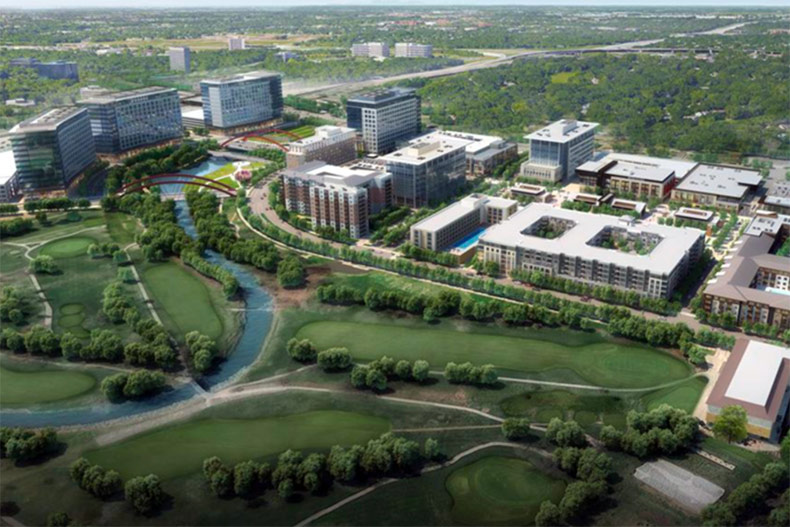 A rendering of the Brookridge development. File image.

It appears as if work on the massive $2 billion, mixed-use Brookridge project in Overland Park will not be getting underway this fall as originally anticipated.

Catch up quick: Developers Curtin Property said this summer they hoped to break ground on the site near Interstate 435 and Antioch Road sometime before the end of 2022.

Driving the news: With that in mind, the Overland Park City Council on Monday voted to extend by three years a resolution to issue economic development revenue bonds – a financing measure that allows developers to claim sales tax exemption on some project costs.

Timeline for the Brookridge development

Once the intersection improvements are completed, construction of the project’s first mixed-use building, which includes 317 apartments and 12,596 square feet of retail space, will begin near 103rd Street and Antioch.