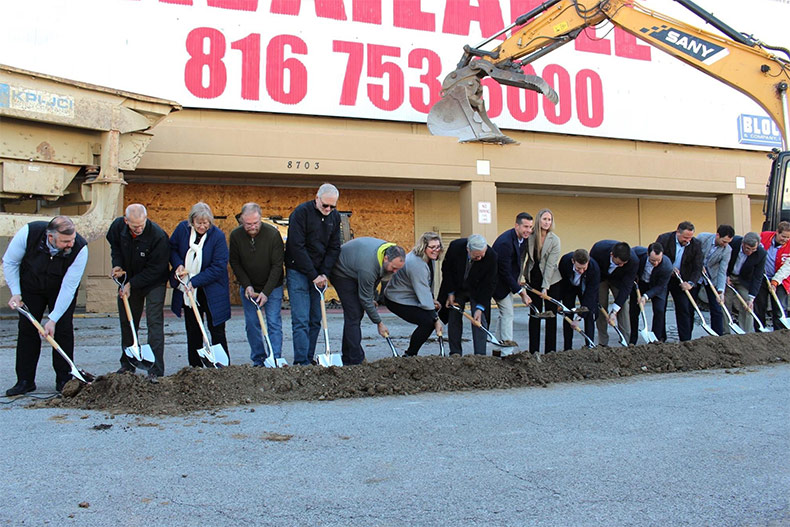 A groundbreaking of the Merriam Grand Station project on Shawnee Mission Parkway. Image via City of Merriam Twitter account.

*The Post will not publish on Thursday and Friday.

County offices closed this week — “County offices will be closed Thursday, Nov. 24 and Friday, Nov. 25 in observance of the holiday. There will be no Board of County Commissioners meeting this Thursday.” [Johnson County]

Gardner could boost cop pay — “The [Gardner City] council is considering a step pay plan similar to what was approved for Johnson County Sheriff’s Deputies in September. If approved, the plan would bump starting wages up to $28.50 for first year officers.” [Fox 4]

County low-income housing investment — “[The Board of County Commissioners] authorized a $1,000,000 investment of HOME funds in Prairiebrooke Townhomes, consisting of 20 1- and 2- story dwelling structures containing 76 units, of which 60 units will be low-income 2- bedroom and 3-bedroom units, a Low-Income Housing Tax Credit affordable housing development to be constructed in Gardner.” [JoCo.gov]