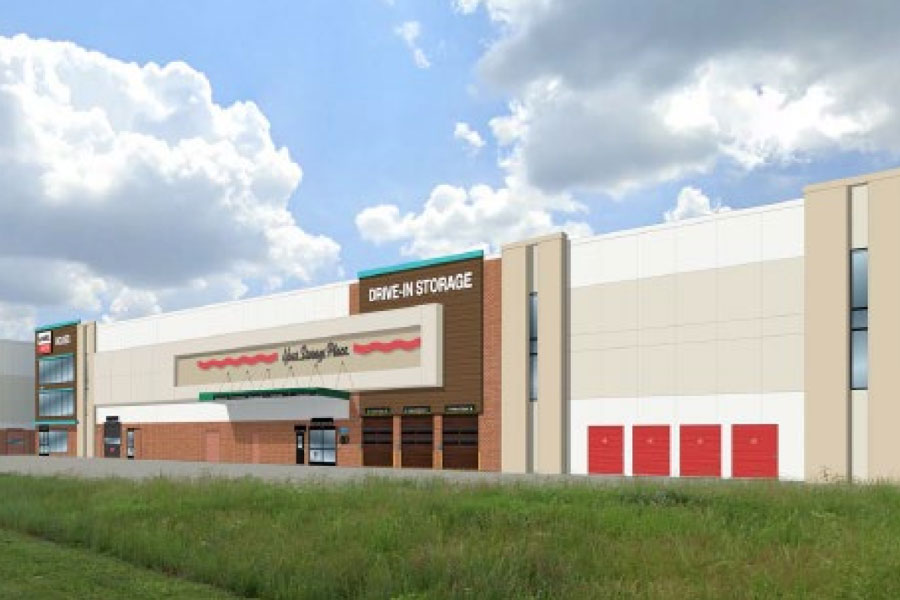 A U-Haul self-storage facility is proposed for an area on Silverheel Street. Image via Shawnee city documents.

For a second time, a proposal for a U-Haul self storage and retail development has won the approval of the Shawnee Planning Commission. And for a second time, neighbors in opposition are vowing to take their concerns to the city council when it comes before that body, this time on December 12.

Driving the news: Planning commissioners on Monday explained to about a dozen dissatisfied residents that they have little leeway in reasons they can use to deny the special use permit that would allow a 1,000-unit climate controlled storage building and companion retail building at 7020 Silverheel Street.

Key quote: “It’s not my job to question whether it’s a good business model. It’s not my job to consider whether or not it’s what I would really like it to be. Our job is, does it fit the boxes we are given,” she said.

What they’re saying: The neighbors, many of whom live in the nearby Willow Ridge subdivision, thought otherwise, though.

Backstory: They came to the meeting reinforced by the Shawnee City Council, which in August left U-Haul’s plan in limbo because councilmembers couldn’t raise enough votes to either approve or deny the special use permit and site plan needed for storage facility in that area.

State of play: Because the last time through City Council resulted in the plan’s death by inaction, what the planning commissioners heard Monday was a fresh application, modified slightly from the original.

What else: Other neighbors said they’d prefer offices, small businesses and perhaps a coffee shop to the storage units.

Where things landed: Commissioners said they understood the concerns but things like crime and speeding are enforcement issues.

How they voted on Shawnee U-Haul facility

In the end, the commission voted 8-1 to recommend approval of the plan and permit to the full council.