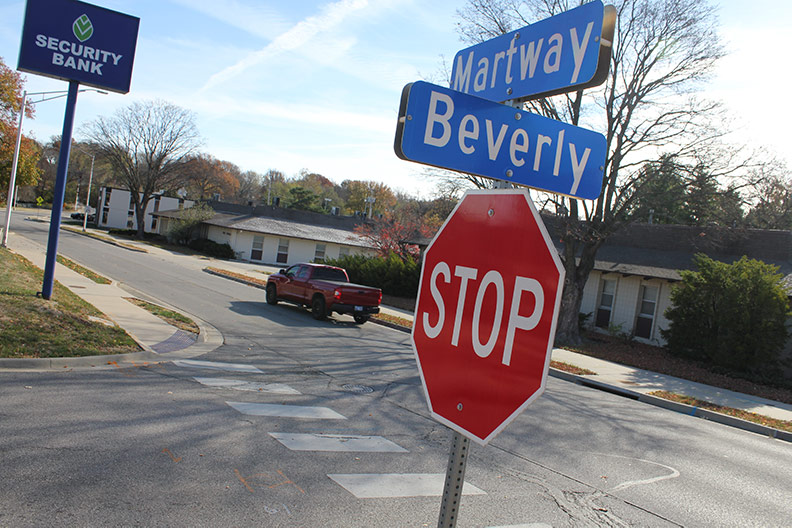 The plan, in its early stages, calls for two separate buildings on either side of Martway at the corner of Beverly Street, just east of Powell Community Center. Photo credit Kyle Palmer.

A two-building apartment concept might be on its way to downtown Mission, adding to the list of similar projects already being built or under consideration in the city.

The details: Plans for the new Mission apartments are still in the early stages and a formal application has not yet been submitted. But for now, here are the details, as presented to the Community Development Committee:

What they’re saying: Mission City Administrator Laura Smith told the Shawnee Mission Post via email that the proposal is still in its very early stages.

More background: Smith said initially, Milhaus approached the city with a request to purchase Beverly Park to get the unit count they were aiming for, but the city did not want to give up the green space.

Key quote: “When compared to national metrics, Mission is already lacking benchmark green space per capita, and that, coupled with the [city] council’s strong desire to consider acquiring more green space when possible meant that we didn’t feel comfortable allowing the conversation with Milhaus to proceed without there being the opportunity to replace at least the same amount of green space we would lose by giving up Beverly Park,” Smith said.

What happens next with Mission apartment proposal?

Smith said the City will facilitate a meeting with the planning and community development staff next to discuss the project.

Bigger picture: From the new Mission Bowl Apartments currently under construction off Johnson Drive to a proposed apartment project off Foxridge Drive and 56th Street, Mission is undergoing an apartment boom of sorts.

Bek Shackelford-Nwanganga is a freelance reporter who frequently publishes stories for the Post, as well as other Kansas City area media outlets.