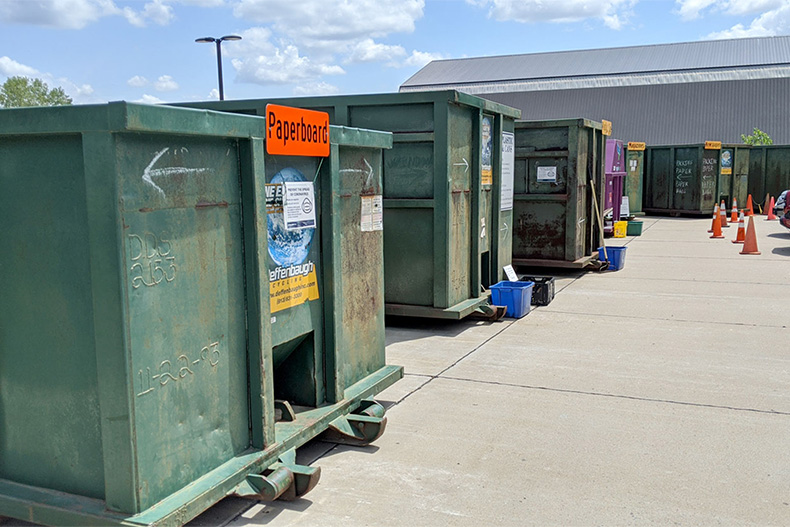 Overland Park’s drop-off Recycling Center, which provides a place for residents who do not use curbside recycling to dispose of reusable waste, has temporarily reduced its operating hours because of a staff leave of absence.

Key quotes: “The facility is staffed by a very small group of our Parks and Recreation staff,” city officials wrote on Facebook. “The temporary change in hours is due to a staff leave of absence.”

Accepted items: The following items are accepted at the Recycling Center:

Holiday lights are also permitted to be recycled, but only in December and January.

Unaccepted items: The center does not accept commercial qualities of any of the allowed items, and staff may refuse any materials on a case-by-case basis.

Items not permitted at the center include:

Other recycling opportunities in Overland Park

Overland Park is also hosting a Neighborhood Recycling Event this Saturday, Oct. 29, from 9 a.m. to noon at Indian Woods Middle for residents wanting to get rid of old electronics and confidential documents.