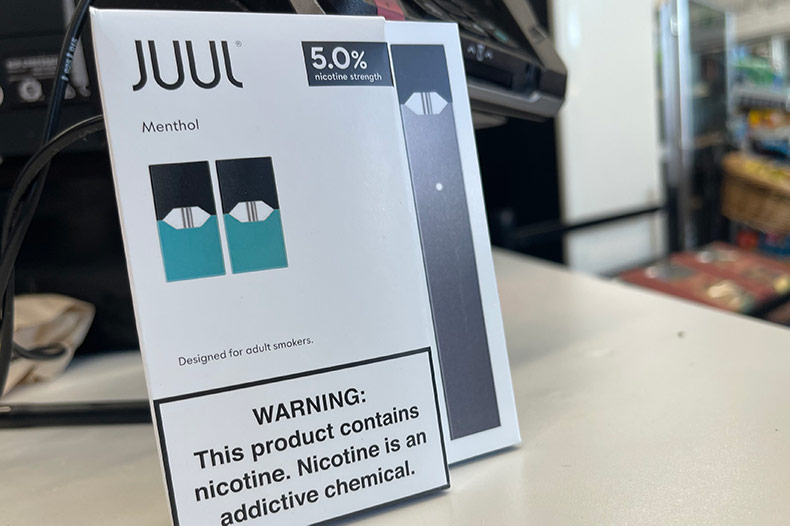 Mission will soon consider proposed rules for e-cigarette retailers and vape shops that would require new stores to be at least 200 feet away from schools and daycare centers. Above, Juul e-cigarette products sold at a Hy-Vee in Mission, which would be grandfathered in to any new regulations. Photo credit Juliana Garcia.

The city of Mission is weighing new regulations on shops that sell e-cigarettes and other vaping products.

The upshot: Mission’s finance committee recently directed city staff to develop a presentation on potential rules governing where new tobacco retailers can open in the city.

How it would work: Mission’s prospective regulations would only apply to new tobacco retailers, which are licensed through the state, Smith said.

Key quote: “I know that over time I have been an advocate for tobacco-free Kansas, and any way that we can reduce the exposure of youth to vape products and other tobacco products, I think it’s a healthy thing for our community,” Davis said at the meeting.

Mission city staff plans to work on a more thorough presentation to bring back to the city council in December.