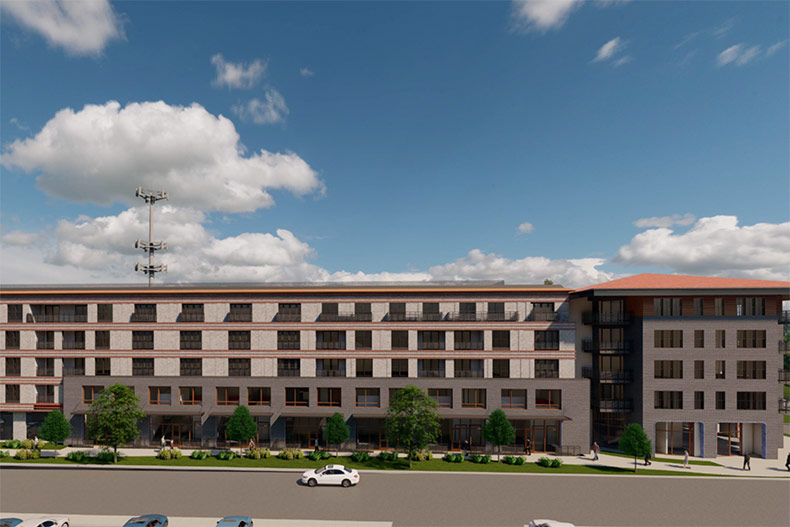 Construction of a new luxury apartment complex is officially underway on the long-vacant site of the former Mission Bowl in downtown Mission.

Driving the news: The abandoned bowling alley at 5399 Martway Street — which was gutted by fire in 2015 — was torn down last year, and on Wednesday, developers, city officials and investors gathered for an official groundbreaking ceremony for the apartment project replacing it, now dubbed The Residence on Rock Creek.

What you need to know: Kansas City-based Sunflower Development group is building a five-story apartment complex with 176 units on the site.

What else: The Residence on Rock Creek is located near the Johnson Drive corridor of downtown Mission, just behind the Mission Mart Shopping Center.

The project was approved in December 2020 by the Mission City Council after months of discussion.

What they’re saying: Mission Mayor Sollie Flora spoke at the groundbreaking Wednesday, thanking developers for working closely with city officials on the project. 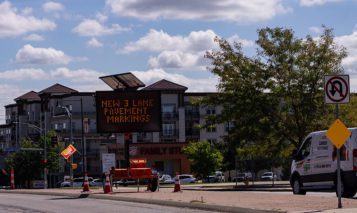