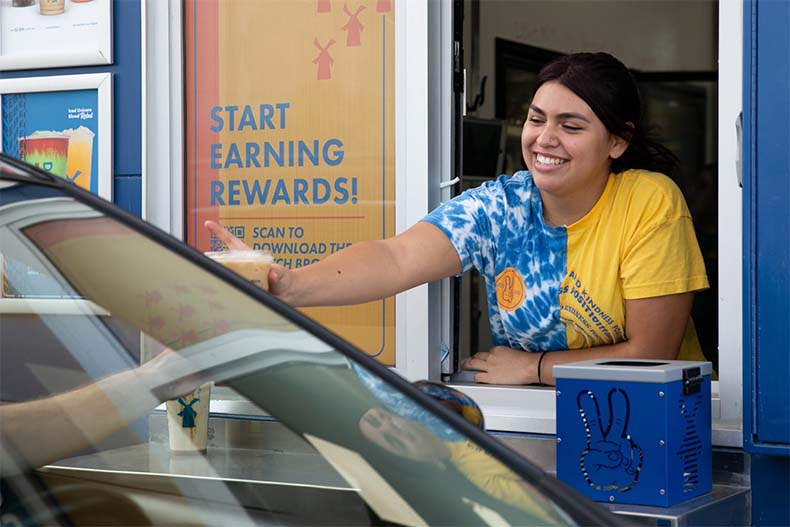 Caffeine hunters on the go have another local option after drive-thru coffee chain Dutch Bros Coffee opened its first Johnson County location in Shawnee this month.

Driving the news: Dutch Bros Coffee on Shawnee Mission Parkway opened for its first day of business last Friday, with the Shawnee Chamber of Commerce officially marking the opening with a ribbon-cutting ceremony earlier in the week.

Where exactly: The new Dutch Bros will serve coffee and other drinks at 11335 Shawnee Mission Parkway, between Nieman and Quivira roads.

What else: The coffee shop neighbors AdventHealth’s Centra Care center and Arby’s across Flint Street.

What’s on the menu: Dutch Bros offers a range of coffee drinks — from classic cold brew to featured flavors like coconut mochas and the “golden eagle” with vanilla and caramel.

Dutch Bros Shawnee and beyond