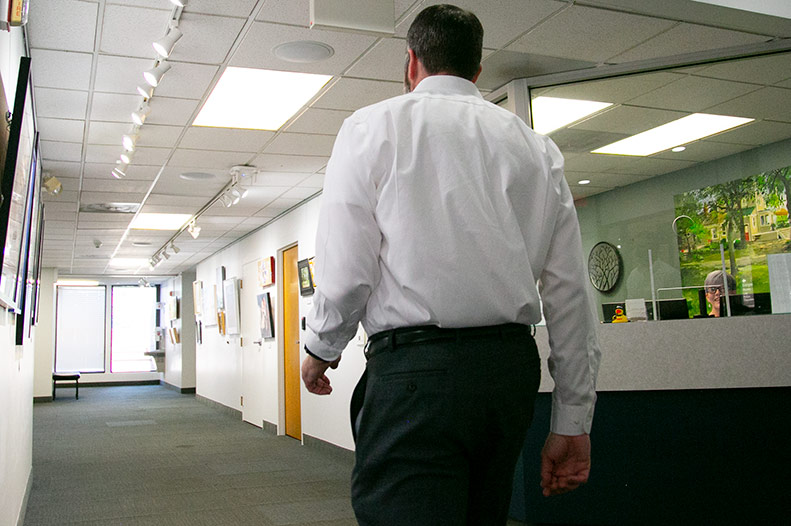 The city of Prairie Village is in the beginning stages of looking at a city hall renovation. Above, a staff member walks down the main hall of city hall. Photo credit Juliana Garcia.

The Prairie Village City Council earlier this month unanimously approved a $130,000 contract to jump start the design process for a city hall renovation.

Why it matters: The project will be the first large-scale renovation of Prairie Village’s municipal campus on Mission Road since 1996, according to city documents.

The details: Melissa Prenger, senior project manager for the city, told the city council on Sept. 6 this is the result of knowing city staff is outgrowing its space at City Hall.

The contract with Kansas City-based design firm Clark & Enersen takes the city from the facility assessment to the schematic design phase, according to city documents.

Key quote: “The committee has assumed we will be moving forward with [Leadership in Environmental and Energy Design] accreditation of some kind with the remodel project,” Prenger said, referring to the LEED rating system used to grade structures’ environmental impact and sustainability. “To what extent, again, the facility and the project will lead us to that determination. We are hoping and shooting for ‘Gold’ [in LEED] at this point, because renovations are very, very difficult to get a platinum [rating].”