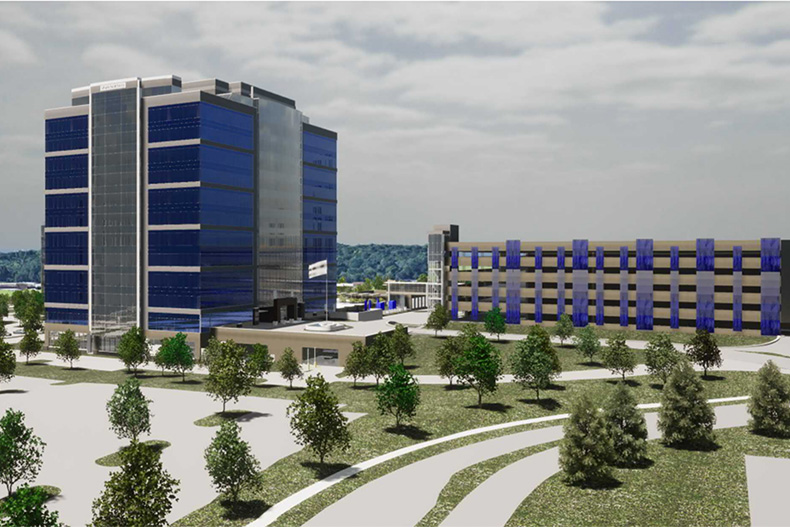 Editor’s Note: This story has been updated to reflect that the city council did not vote unanimously to approve the height increase of a planned parking garage at Shamrock Trading Corp’s headquarters.

Driving the news: The final development plan for a new building on the East Campus of the Shamrock Trading Corp’s prominent new headquarters near Metcalf and 95th Street — on the site of the former French Market — gained unanimous approval from the Overland Park Planning Commission on its consent agenda earlier this week.

The details: With the final development plan, Shamrock is requesting to build a 12-story, 392,400 square-foot office tower to be located generally in the center of its campus on the east side of Metcalf, according to city documents.

Background: In February, the current preliminary plan for the second phase of Shamrock’s new headquarters received unanimous approval from the commission.

What’s next for the Shamrock Trading Corp’s project?

Although the final development plan was approved by the commission, the project must come before the Overland Park City Council to be reviewed.