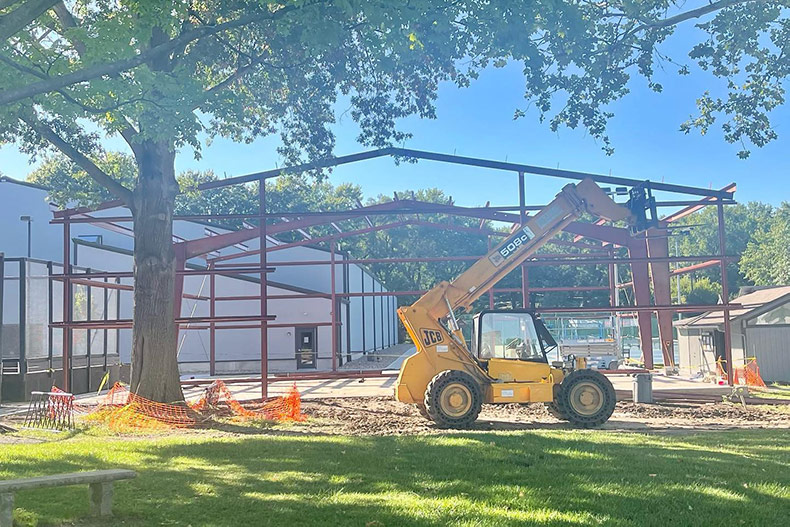 Why it matters: After years of proposals and planning, it appears an enclosed pickleball court is now in the works, according to images shared by the club on Facebook.

What they’re saying: “Exciting things are happening with construction this week at HCC,” the club wrote on Facebook. “Stay tuned for more updates.”

Where exactly:  The club is located at 4100 Homestead Court, just south of Indian Hills Middle School off Mission Road in Prairie Village.

The city planning commission discussed plans for the new enclosed structure several times over the last three years, and concerns over noise and lighting at night led to last-minute changes to the proposed site plans.

The details: The pickleball enclosure is being constructed between the clubhouse, the accessory storage building and the tennis enclosure.