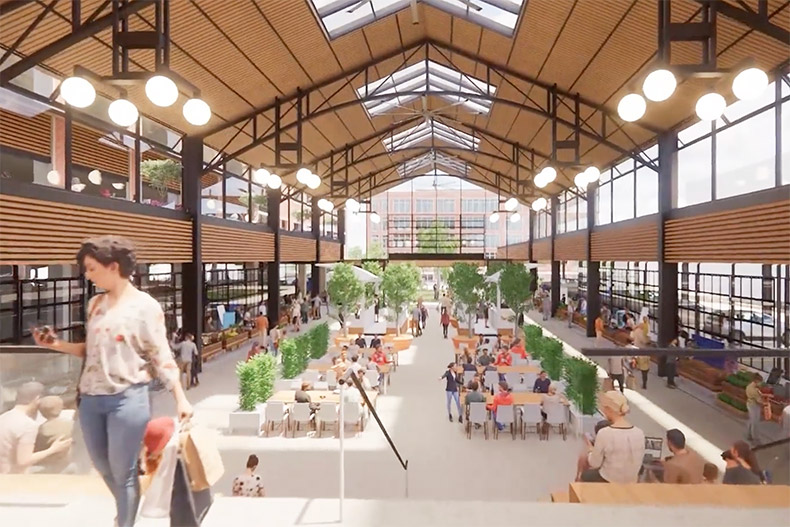 A conceptual rendering of a new Farmers Market structure in downtown Overland Park. On Monday, the city council approved an ordinance clearing the way for redevelopment of the aging market pavilion. Credit Copaken Brooks.

The details: The current concept development plan calls for both open air and enclosed market spaces, incorporation of the Clock Tower Plaza, improvement to Overland Park Drive and Marty Street, an office building and a parking garage.

The next steps for the city’s Farmers’ Market improvement project

Copaken Brooks is set to host two town hall meetings for residents to share their thoughts on the project within the next month.