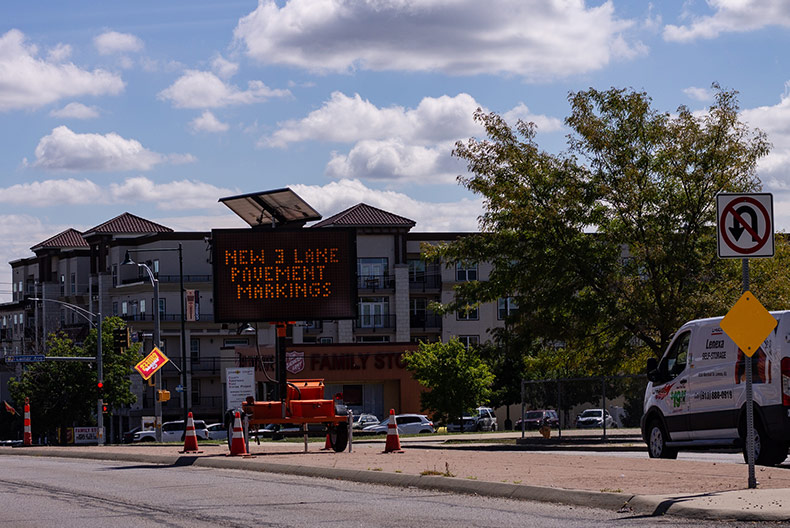 Johnson Drive through downtown Mission is being reduced from four lanes to three in a move aimed at improving walkability and pedestrian safety. Photo credit Bek Shackelford-Nwanganga.

A major facelift of Johnson Drive through downtown Mission that began earlier this summer should be completed in the coming weeks, leaving the roadway with three lanes instead of four.

Background: The cities of Roeland Park and Mission partnered for the improvements to Johnson Drive between Lamar and Roe avenues, and work began in mid-July.

What’s new: The improvements are focused mainly on improving walkability and pedestrian safety along the busy stretch of road in the heart of Mission’s commercial district, as well as general upkeep.

What else: Other changes drivers may notice include:

What’s next for Johnson Drive project

All the improvements, except for final pavement striping, are nearing completion, according to city officials.