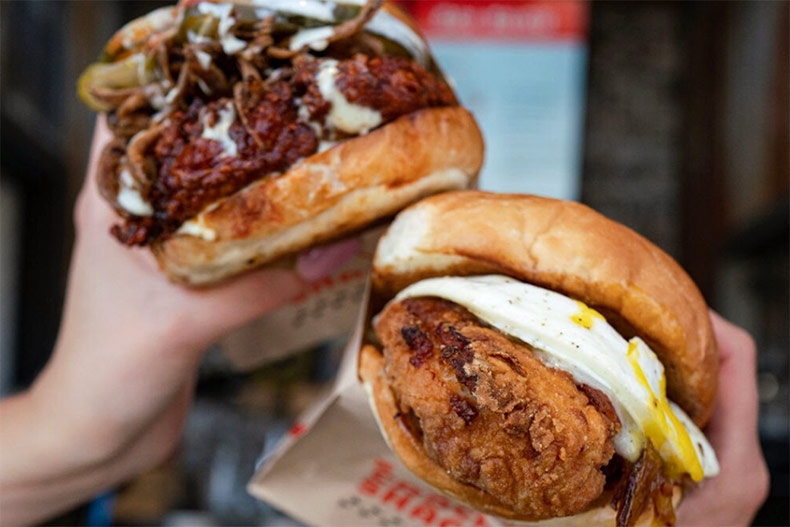 San Diego-based fried chicken sandwich chain The Crack Shack will co-locate with Detroit-style pizzeria Via 313 at a space near the Regency Park shopping center on Metcalf Avenue. The two restaurants are eyeing an early 2023 opening. Image via The Crack Shack's Instagram.

Fried chicken chain The Crack Shack and Detroit-style pizzeria Via 313 are eyeing an early 2023 opening for a new multi-tenant restaurant building in Overland Park.

Where exactly: The two restaurants are co-locating together in one building that will be constructed at 9292 Metcalf Ave. in the Regency Park Shopping Center.

Building details: According to city documents, the developer is planning to build the 7,008 square-foot multi-tenant building on the northwest corner of Metcalf and 93rd Street.

Restaurant overview: While The Crack Shack boasts about its “reimagined” southern California-inspired fried chicken, Via 313 prides itself in its thick-crust, rectangular pizza.

What’s next for Crack Shack plan

Before construction can begin on the site, the Overland Park Planning Commission needs to approve the project’s final development plans sometime in the next few months.