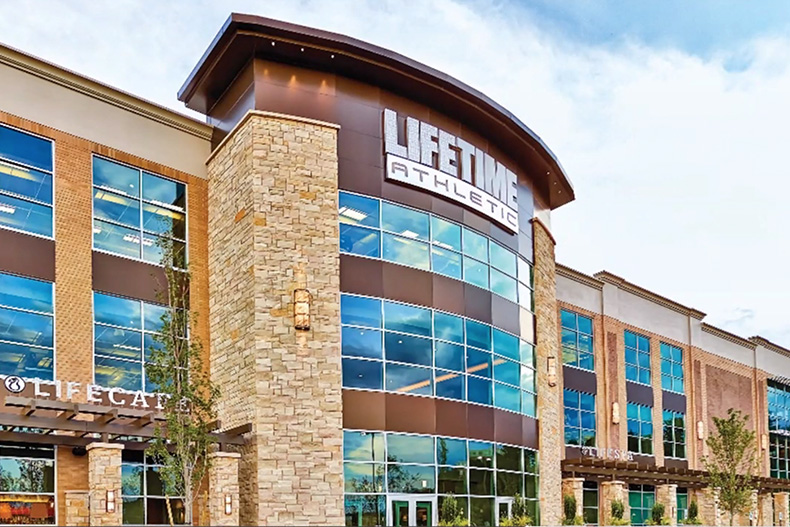 Klover Architects is proposing the construction of a roughly 110,000-square-foot Life Time fitness club, along with additional restaurant and retail spaces at the site of the former Sears near 97th and Metcalf. Image via Klover Architects.

A previously proposed office space and daycare are out, and a new fitness club is in the revised plan for the former Sears site at 97th Street and Metcalf Avenue in Overland Park.

What’s happening: Klover Architects on Thursday hosted a neighborhood meeting via Zoom to lay its latest iteration of plans for that site, the final vestige of the old Metcalf South Mall.

The big change: The centerpiece of Klover’s new plan is a roughly 110,000-square-foot Life Time athletic club on the east end of the property, where an office complex had previously been proposed — and before that, an apartment building.

Other details: Another five buildings for new retail and restaurant spaces, including an unnamed coffee shop, are also set to be built towards the northwest corner and center of the complex.

Key quote: “Originally, we were going to use the existing Sears building and turn it into a major office building,” founding principal Henry Klover said Thursday. “The tenant bailed at the absolute last minute, even after we’d started demolition for them, which caused issues with the city. So the building is currently being torn down as we speak.”