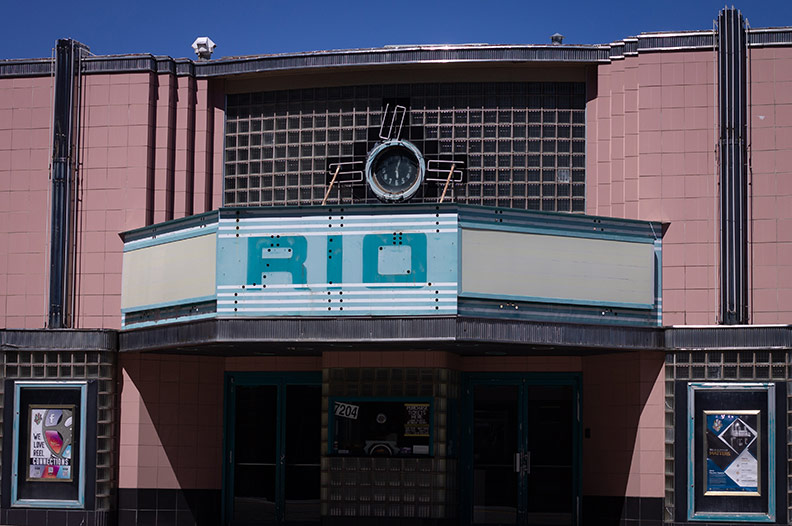 The movie theater’s iconic pink and teal neon lights used to beckon along West 80th Street, but the theater has been closed since March 2020 and, according to its owners, its future could depend on business over the next few months.

The backstory: The Rio is owned by brothers Ben and Brian Mossman, who also own the Glenwood Arts, another theater at the Ranch Mart shopping center in Overland Park.

Key quote: “It’s got artifacts from the [historic] Isis Theater here on 31st and Troost [in KCMO]. It’s got stuff from other theaters like the trim around the doors and some of the bathrooms, signage that goes in it,” he said. “It’s got a little bit of a flavor to it. It’s not just your cookie-cutter theater.”

Why Rio is still closed: Rio has one screen to Glenwood Arts’s five, which is why Glenwood reopened first last September, the Mossmans say.

What’s next: Mossman says nothing is set in stone for Rio yet.

What they’re saying: The Mossman brothers have been in the movie theater business for 40 years. Ben Mossman says they have seen a lot of difficult times, from video rental stores, to streaming services, to the pandemic. But they plan to keep their business alive.

Mossman says what Glenwood, Rio and other movie theaters in Johnson County and the wider KC metro need right now is more customers.