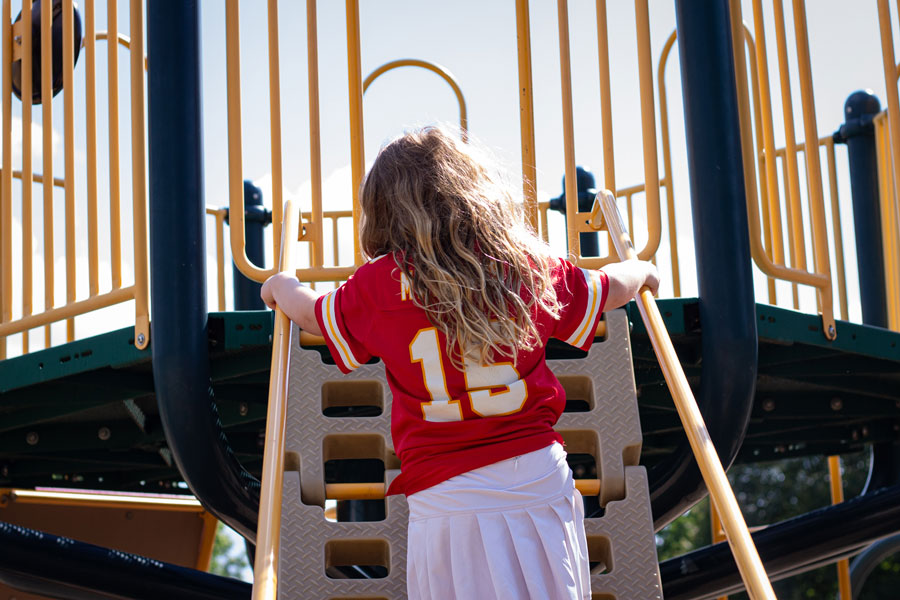 The park near Lamar Avenue and W. 67th Street will get a new shelter, additional sidewalks and, eventually, a new playground. Above, a girl plays on the current playground, which will remain open during the first phase of construction. Photo credit Bek Shackelford-Nwanganga.

City officials in Mission broke ground this month on the first phase of improvements to Mohawk Park, a neighborhood park that sits on the corner of Lamar Avenue and West 67th Street.

A little background: Mohawk Park sits on almost eight acres and used to be a school ground.

What’s coming: Due to the scope of the project, improvements have been split into two phases.

Phase 2: The next phase will include:

How residents will be impacted: Leavenworth-based Sands Construction is scheduled to begin work for the first phase in mid-September, and Phase 1 is expected to be complete in March 2023.

Project funding: The city has budgeted $3.5 million for the Mohawk Park upgrades, with plans for most of the funding to come from the three-eighth cent sales tax dedicated to parks and recreation.