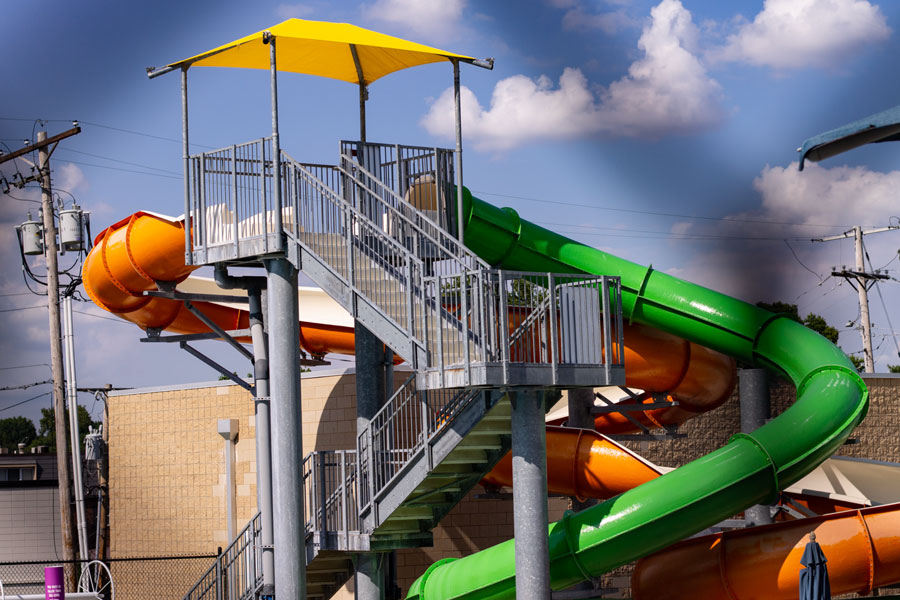 The current 0.375% sales tax has been in place since 2013 and helped fund the Mission Family Aquatic Center, which opened in 2014. Photo credit Bek Shackelford-Nwanganga.

Mission voters will soon be asked to renew a sales tax dedicated to the city’s parks and recreation services in a special mail-in election this September.

What to expect: On the mail-in ballot, Mission residents will be asked to vote either “Yes” or “No” on an initiative to renew a three-eighths percent, or 0.375%, citywide retail sales tax.

What a “No” vote means: A “No” vote would be for not renewing the sales tax.

Make sure you are registered: To vote in this election, residents of Mission must be registered to vote by Tuesday, August 30.

How to vote: This is a mail-in only election, and ballots must be completed and returned to the county election office by Tuesday, Sept. 20 at noon.

Why it matters: The city of Mission maintains eight parks as well as the Powell Community Center and the Mission Family Aquatic Center.

Want more info? There is a town hall meeting on Wednesday, August 31 from 5:30 to 6:30 p.m. at the Powell Community Center, 6200 Martway Street for residents to get more information on the election.