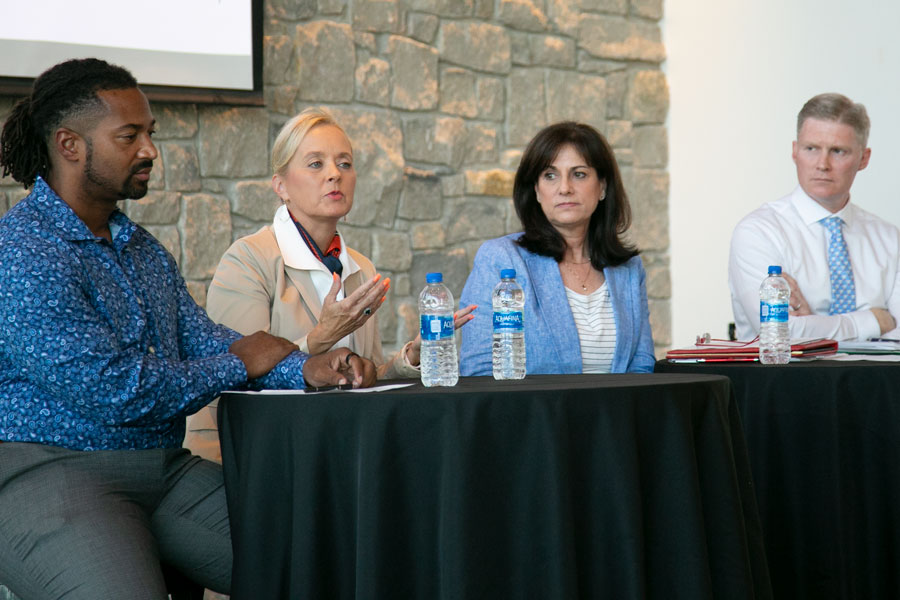 With more than 70% of Johnson County mothers in the workforce by one new estimate, child care is a critical part of life for many local families, but a Prairie Village diversity committee panel Thursday evening highlighted several barriers families here still face in finding high-quality, affordable child care and early childhood education programs.

By the numbers: More than 70% of children born in Johnson County have moms in the workforce, according to a United Community Services of Johnson County’s early childhood fact sheet.

Bigger picture: The issues surrounding early childhood education are not only present in Johnson County or in the Kansas City region but across the nation, the panelists noted.

Key quote: “We call our strategic plan ‘All In for Kansas Kids,’ and we mean it,” Rooker said, referring to the Children’s Cabinet’s vision. “It’s the private sector, it’s the federal government, it’s the state government, it’s the local government, it’s school districts, it’s community colleges, it’s parents and businesses. It will take all of us to actually help address the inequity and brokenness of the childcare system.”

Another thing: Rooker added that most child care workers in the state enter the workforce at an hourly wage of either $9 or $10.