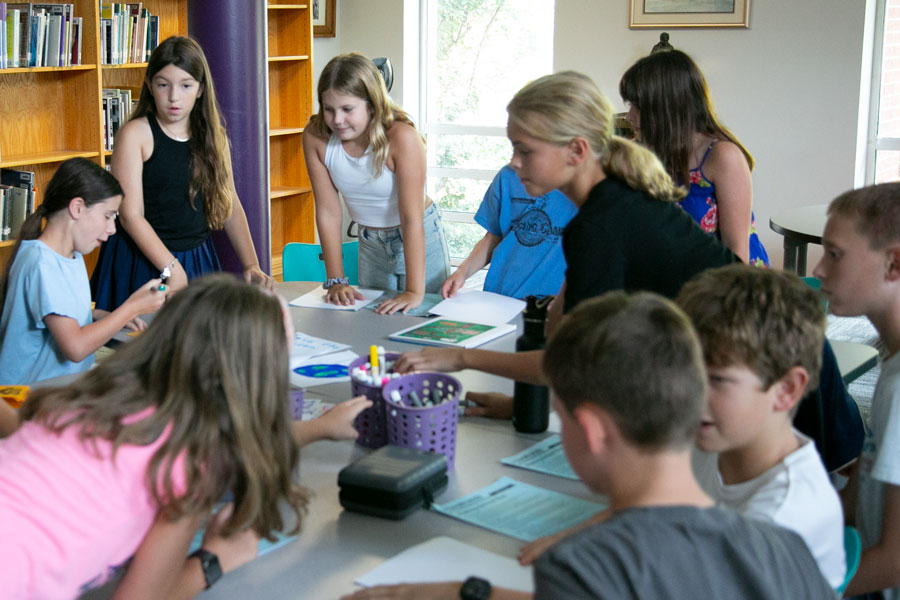 There are about 20 Prairie Elementary students on the school's new "Green Team," which aims to make the school and its community more environmentally conscious. Above, the group at its first meeting this school year. Photo credit Juliana Garcia

A new student-led group at Prairie Elementary School in Prairie Village aims to lessen their campus’s carbon footprint while also hoping to expand its environmental sustainability efforts to the greater community in northeast Johnson County.

Driving the news: The Prairie Green Team started in the spring and has now expanded in this new semester to about 20 students in grades 4 to 6 who meet after school every two weeks to work on ways to make the school and their community more environmentally friendly.

The work: The team began in the spring and implemented a “walking school bus” to pick up kids up from designated spots on the way to Prairie Elementary as a way to reduce the school’s carbon footprint.

What kids are saying: Prairie fifth grader Emeline Wilinski says she is worried about her future because “global warming is kind of destroying the planet.”