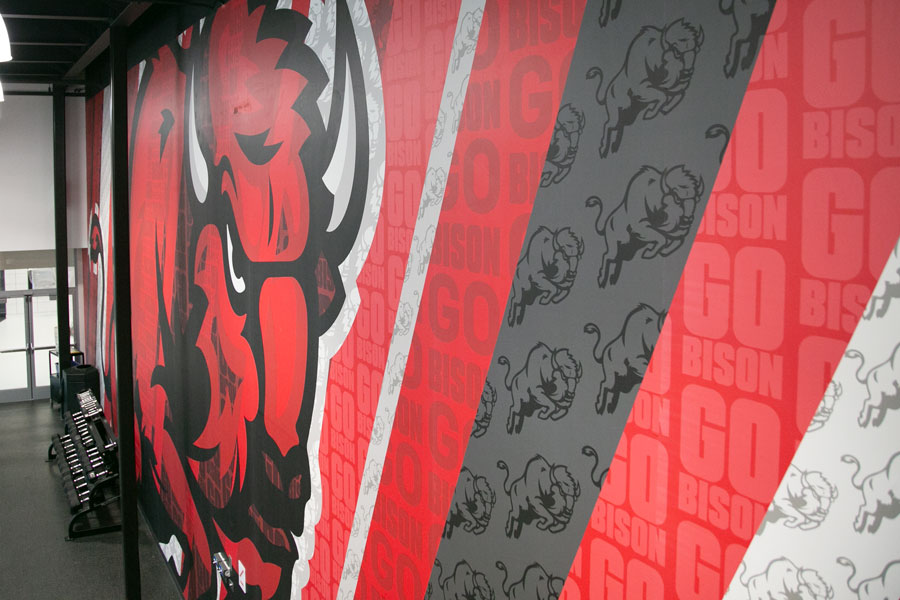 Shawnee Mission North has completed the removal of all images and references to the school's former Indian mascot. The school's new mascot, the Bison, can be seen in North's new weight room. Photo credit Juliana Garcia

Shawnee Mission North officially dropped its former Indian mascot, which was deemed offensive, last year and became the home of the Bison.

Now, after a one-year transition period, you won’t be able to spot any images or references to the old mascot at the 100-year-old school.

Why it matters: The start of this school year is the culmination of a more than two-year effort to change the mascot and comes just as the school and its alumni are getting set to celebrate SM North’s centenary.

Background: Two years ago, a group of SM North alumni started an online petition seeking to change the Indian mascot by the school’s 100th anniversary — which will officially come in September.

The transition status: SM North Principal David Ewers said all official Indian signage and paraphernalia have been removed from the school, though he admits smaller things, like maybe sticker somewhere with an image of the former mascot, might still be found.

Key quote: “Achievement and excellence and equity are things we’re going to push for and we’ve done that for 100 year,” Ewers said. “We’re going to continue to do that for another 100 years.”

What’s next: Next month, SM North alumni, students, staff and other community members are invited to celebrate the school’s 100th anniversary.