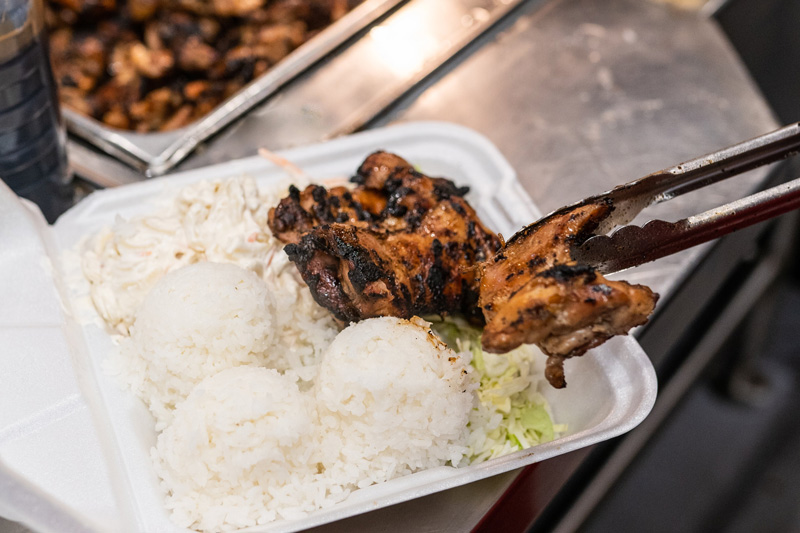 Mo' Bettahs, a Utah-based Hawaiian food chain with more than 20 locations in Utah and Idaho, has opened its first Kansas franchise at 75th and Metcalf in Overland Park. Photo via Mo' Bettahs Twitter.

Where exactly? Located at 7006 W. 75th St., Mo’ Bettahs hosted a ribbon-cutting ceremony alongside the Overland Park Chamber of Commerce on Thursday morning to celebrate its grand opening.

The menu: Mo’ Bettahs serves traditional Hawaiian plate lunches, something that may be somewhat familiar to local diners who have gone to one of the franchises of quickly expanding Belton-based Hawaiian Bros chain.

Background: Mo’ Bettahs was founded in Bountiful, Utah, in 2008 by siblings Kim and Kalani Mack, who grew up on the island of Oahu.

Key quote: “We couldn’t be more excited to serve the great people of Kansas,” said Kalani Mack. “We are proud to offer the fresh and authentic Hawaiian cuisine that my brother and I have had the privilege of growing up with. We can’t wait to spread the ‘aloha’ spirit with our new Kansas ohana and show them Hawaii, as the locals know it.”