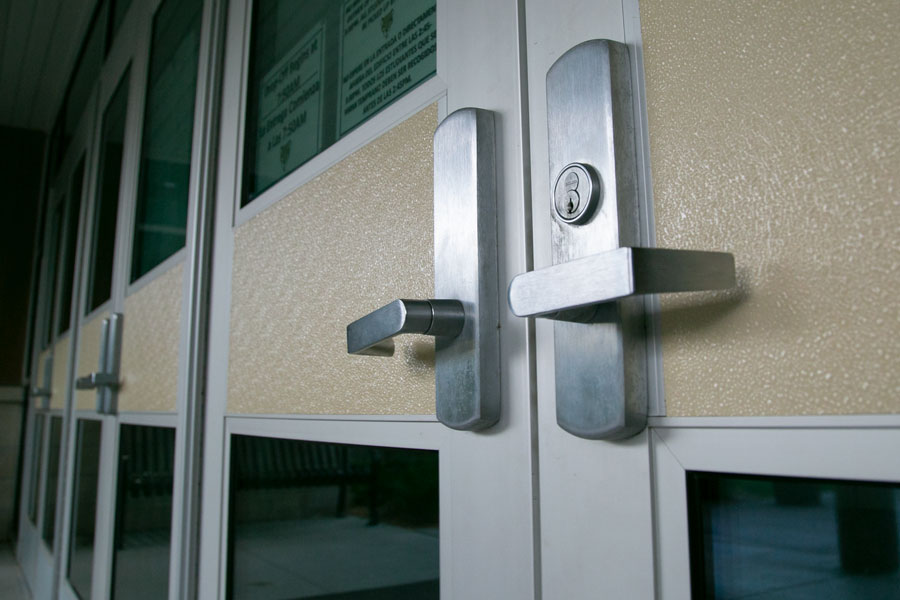 At its meeting Monday night, Shawnee Mission’s board of education unanimously approved spending $250,000 to install new hardwired buttons that have greater control over locking and unlocking the front doors at district elementary and middle schools.

Why it matters: The new buttons are aimed at making it easier for school staff to lock and unlock the main doors at these schools, by pressing a button inside the school office.

Which schools are impacted: All elementary schools will receive these new control buttons, as well as all middle schools except Hocker Grove.

Why is this needed? Previously, staff at these schools had to lock and unlock the main doors with wireless fob buttons.

The details: According to board documents, the new hardwired buttons will “more uniformly secure district attendance facilities” and “reinforce the importance of having ‘eyes on’ visitors requesting access to the building.”

Zooming out: When asked if this new button system was in response to recent school shootings, including a massacre in Uvalde, Texas, that left 19 students and two teachers dead and a shooting inside the office at Olathe East High School that left three people wounded, SMSD spokesperson David Smith said it was not.