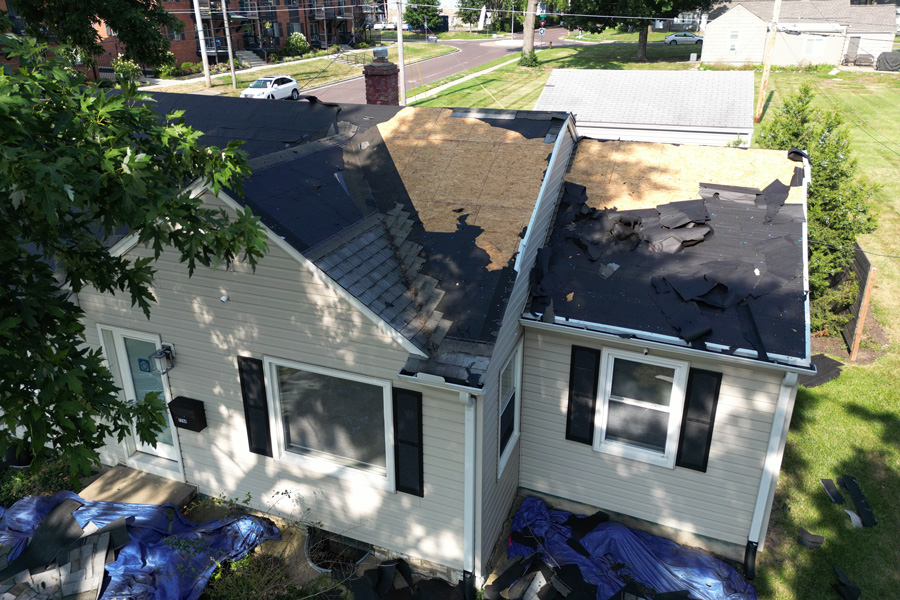 Overland Park property owner Steve Kornspan unexpectedly had the shingles taken off the roof of his home last Monday morning after a roof repair company mixed up the address. Photo courtesy Steve Kornspan.

An Overland Park property owner received quite a shock last week after a huge mix up left him without a roof.

What happened: Around 7 a.m. last Monday, Steve Kornspan received a call from guests staying at one of his rental properties asking why he would have the roof replaced knowing that he had rented out the home.

However, Kornspan was just as confused as the guests, as he had not scheduled to have any construction done to the home that day.

The aftermath: Following the call, Kornspan called the police, but by the time they arrived, the roofers had removed the roof and taken off.

Key quote: “I drove around the neighborhood that day and found a house that was getting its roof replaced. It had a number that was not even close to mine,” Kornspan said. “I called the police, and they talked to the homeowner and got the name of the roofing company.”

Repairs: After identifying the roofing company, Kornspan was able to get in contact with its owner, who reimbursed him for the roughly $6,000 worth of expenses to replace the roof.