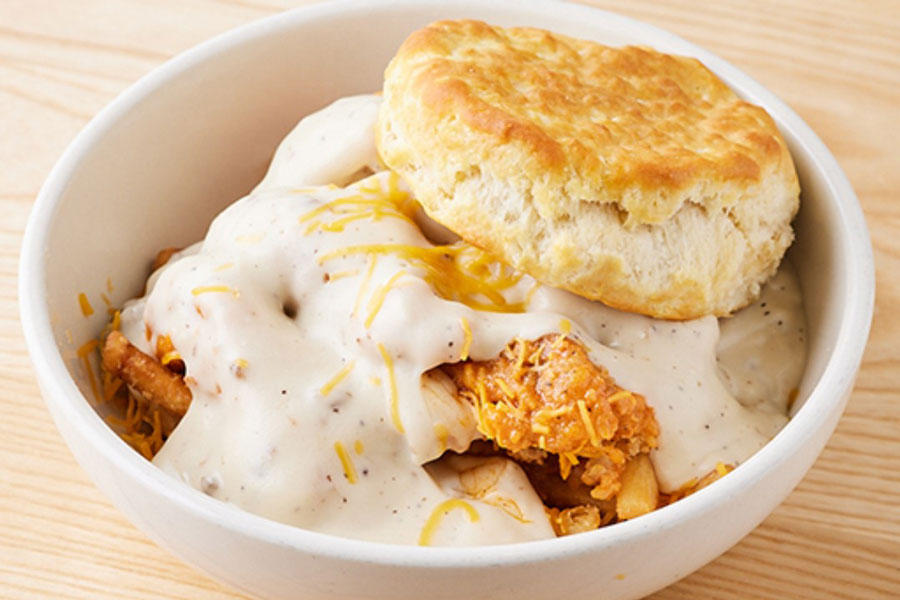 The Big Biscuit, a Prairie Village-based restaurant, is now eyeing a winter opening for its Mission location at the old Don Chilito's. Photo via The Big Biscuit Facebook.

The Big Biscuit’s Mission debut is still in the works and is now targeted for this winter, according to company officials.

Where exactly? The restaurant, which already serves breakfast and lunch at more than a dozen locations around the metro, is planning to take over the former Don Chilito’s at 7017 Johnson Drive.

Background: The Big Biscuit announced plans to move into Mission in December.

The details: Offerdahl said The Big Biscuit is working with the city to develop a plan to remodel the exterior of the old Don Chilito’s.

Key quote: “We’ve been operating in Kansas City for over 20 years now, and we’ve had our eye on Mission for a long time,” Offerdahl said. “It has special meaning to my family specifically, my wife is from the area. We’re just excited to be able to share Big Biscuit with it, finally, in a space we can call our own.”