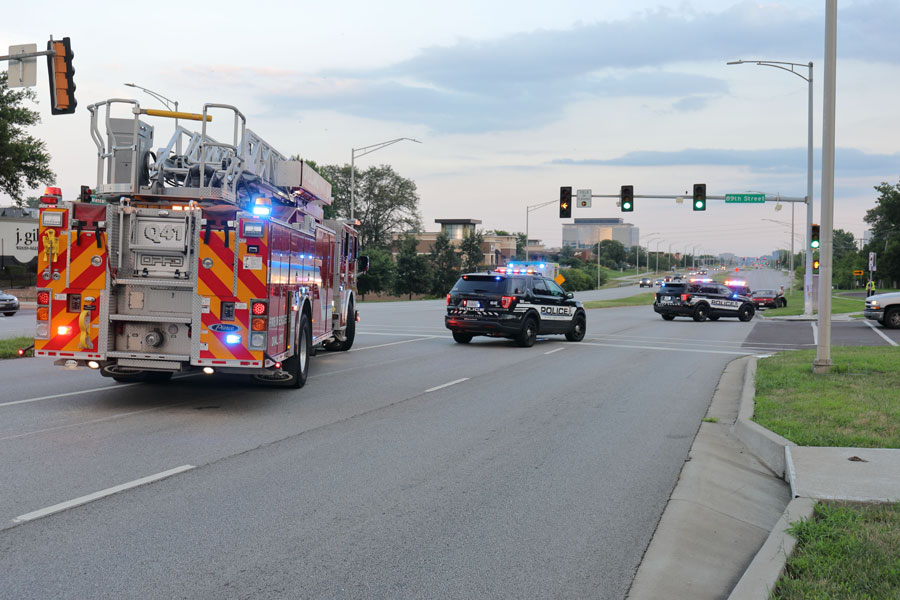 Overland Park police are investigating after a pedestrian was hit by a car Thursday evening.

It happened at about 7:45 p.m. on southbound Metcalf Avenue at 89th Street, near the Johnson County Arts & Heritage Center.

The pedestrian, a man in his early 60s, was transported to the Overland Park Regional Medical Center with non-life-threatening injuries.

The driver was not injured and remained at the scene.

Officer John Lacy, a spokesperson for Overland Park Police, says the pedestrian may have a broken leg.

“The pedestrian claimed to have had a walk signal. However, the driver [said] he had a green light,” Lacy said. “The signal only activates by pushing a walk button.”

There are no traffic cameras at the intersection.

Lacy says no citations have been issued at this time. Police continue to investigate the crash.

Both southbound lanes of Metcalf Avenue were closed for about 20 minutes, with traffic redirected to westbound 89th Street.

One lane reopened at about 8:10. The road fully reopened when police cleared the crash scene at about 8:30.