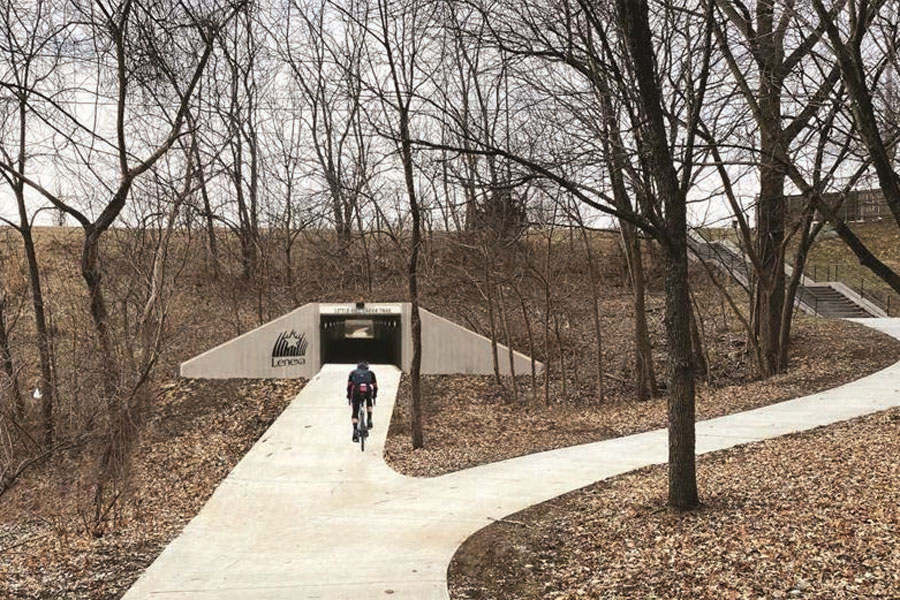 The temporary closure of 87th Street Parkway will allow contractors to begin work on an underground pedestrian and bike tunnel connecting Sar-Ko-Par Trails Park to Little Mill Trail. Above, a rendering of the trail under 87th Street Parkway. . Image courtesy city of Lenexa.

The city of Lenexa is closing a stretch of 87th Street Parkway for up to 10 days starting Wednesday, Aug. 10, to install a new pedestrian tunnel underneath the busy thoroughfare at Sar-Ko-Par Trails Park.

Where is the closure? The parkway will be closed going both directions just east of Acuff/Greenway Lane to Gallery Street, but that will impact local traffic on a longer stretch between Pflumm and Lackman roads.

Driver detours: Only local traffic will be allowed on 87th Street Parkway from Lackman Road to Acuff/Greenway Lanes and from Gallery Street to Pflumm Road, according to the email notification.

How long? The city anticipates this section of 87th Street Parkway to remain closed for about 10 days, according to a city email notification.