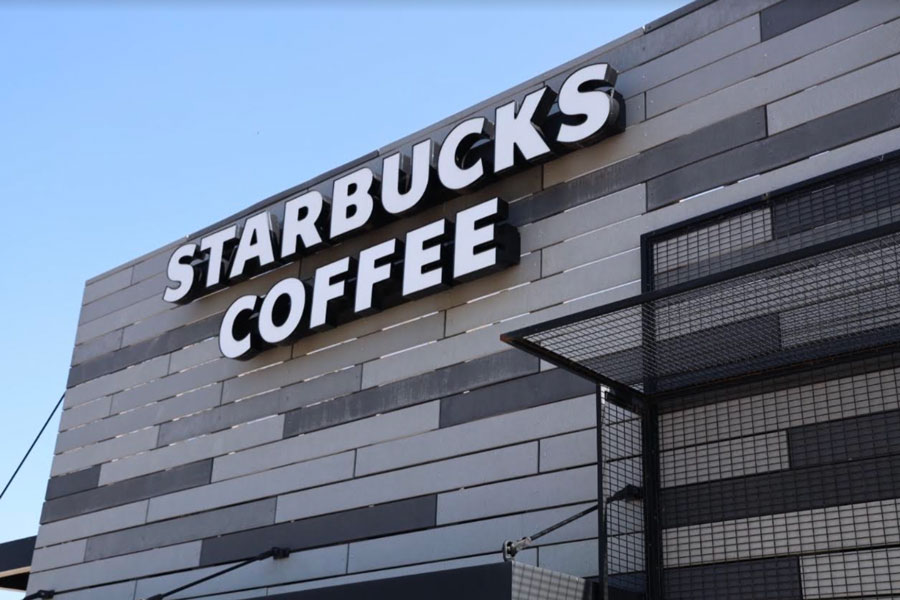 Workers at the 75th Street Starbucks in Overland Park are striking today, following alleged retaliation from the company's corporate office for unionizing. Photo by Lucie Krisman.

Workers at the 75th Street Starbucks in Overland Park are striking Tuesday, following alleged retaliation from the company’s corporate office for unionizing. Employees of at the Starbucks at 10201 W. 75th St. will leave the store closed for the day as a protest against the company.

Why it matters: The Starbucks location on 75th Street is one of several across the country to unionize this year, including the Starbucks at Kansas City’s Country Club Plaza.

Where it stands today: Workers at the store have reported retaliation from the Starbucks corporate office following their unionization, according to a news release from CMRJB Workers United, an organization that has been working to organize a union for Starbucks workers.

“We’ve been clear from the beginning that we respect our partners’ legal right to organize and will bargain in good faith with the stores that vote to be represented by the union. That is already underway at several stores across the country. Any claims of retaliation are false.”

Hopes for the strike: Alydia Claypool, one of the striking workers, said retaliation began fairly early on in the process of unionization.