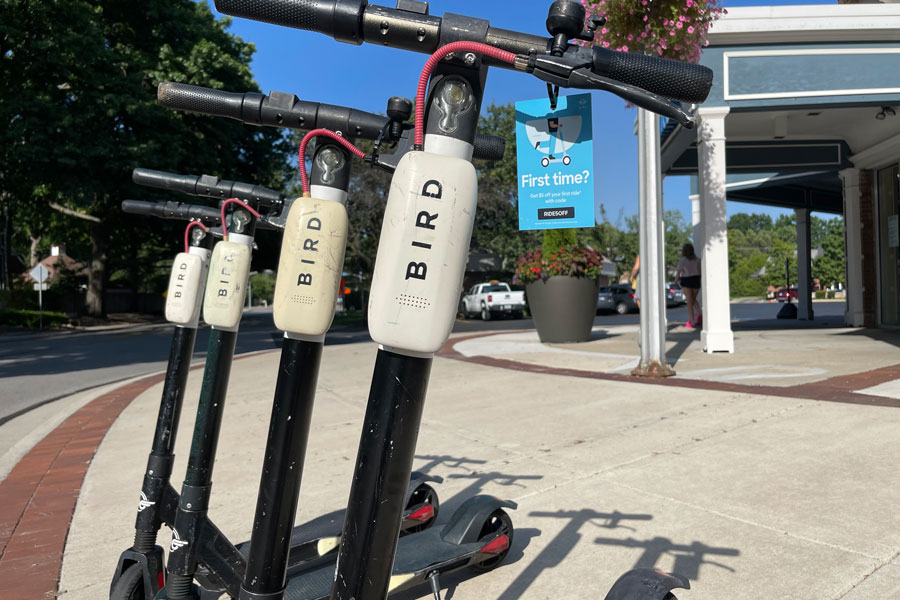 Bird scooters are leaving Prairie Village at the end of the month when the one-year pilot program expires. The city council committee of the whole on Monday rejected a proposal to extend the pilot another year. Photo credit Juliana Garcia.

Prairie Villagers will have until the end of this month to enjoy puttering around the city on Bird electric scooters.

What’s going on? The city council’s committee of the whole on Monday decided against renewing the city’s one-year pilot program with Bird Rides, Inc., which would have kept the dockless, pay-as-you-go vehicles on city streets for another year.

By the numbers: City documents show that the 35 Bird scooters on the ground resulted in a total of 1,310 total rides over the past year.

How they voted: Ultimately, a renewal of the agreement with Bird was rejected by a vote of 7-3.

Key quote: “Residents in Ward 2 that I’ve spoken to adamantly want these out of here, they do not like them, they are not popular” Selders said. “I have seen maybe one to two times ever being used across the street from where I live, and those times have been literally somebody circling the parking lot and putting them back.”

What’s next: City Administrator Wes Jordan told the Post he believes, based on the council’s decision not to extend the MOU, the scooters will be removed from the city by Sept. 1.