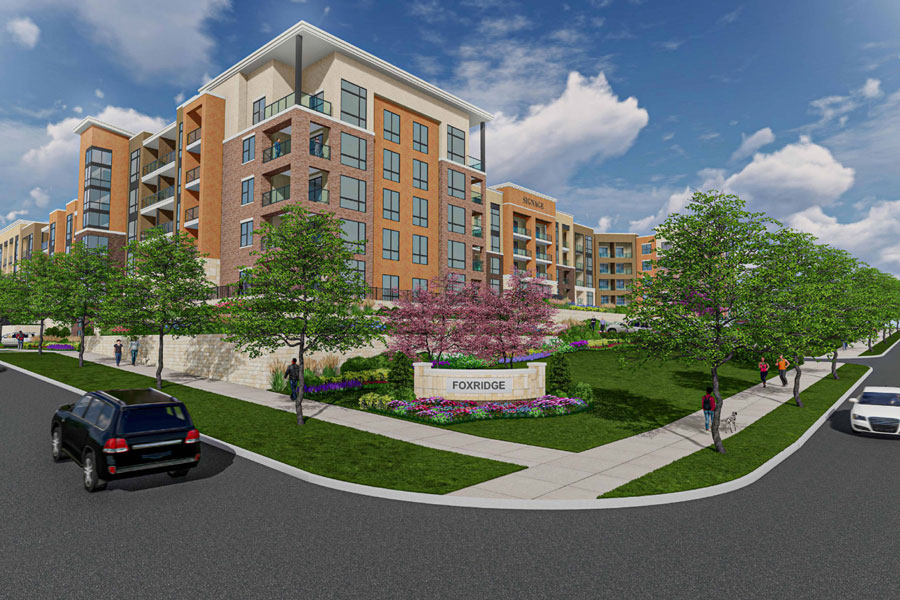 There's additional movement on an apartment complex proposal in Mission off Foxridge Drive and 56th Street. Image via city documents.

An apartment project proposal off Foxridge Drive and Broadmoor Street in Mission is moving forward to the city council.

Why it matters: This is one of at least five different proposed apartment complexes or townhome projects the city is currently considering, and there are concerns among some elected officials and citizens about how that could impact Mission going forward.

Where at? The Mission Planning Commission last week advanced a proposed redevelopment of a former JCPenney call center located at 5665 Foxridge Drive.

Background: The city of Mission first heard of the JCPenny redevelopment project at the beginning of the year. Read the Post’s initial report on this development here.

Project details: The five-story, 307-unit apartment building is planned to include a mix of executive, one and two-bedroom units, said Rich Kniss, a senior project manager at Prairie Village-based NSPJ Architects.

Traffic recommendations: The complex is proposed for right off of Metcalf Avenue and 56th Street, a three-way stop intersection with a right-of-way for drivers on Metcalf.

Bigger picture: Other current housing proposals include the residential portion of the Mission Gateway project, 58Nall (with a recently approved preliminary development plan), and Mission Vale, townhome community a block away from 58Nall.

Key quote: “I don’t really like all the buildings that are going to be put up,” said resident Megan Lenihan. “It’s killing the small town feel that Mission has.”

What’s next: Following the planning commission’s decision to recommend approval of the project, the plan moves on to the city council.