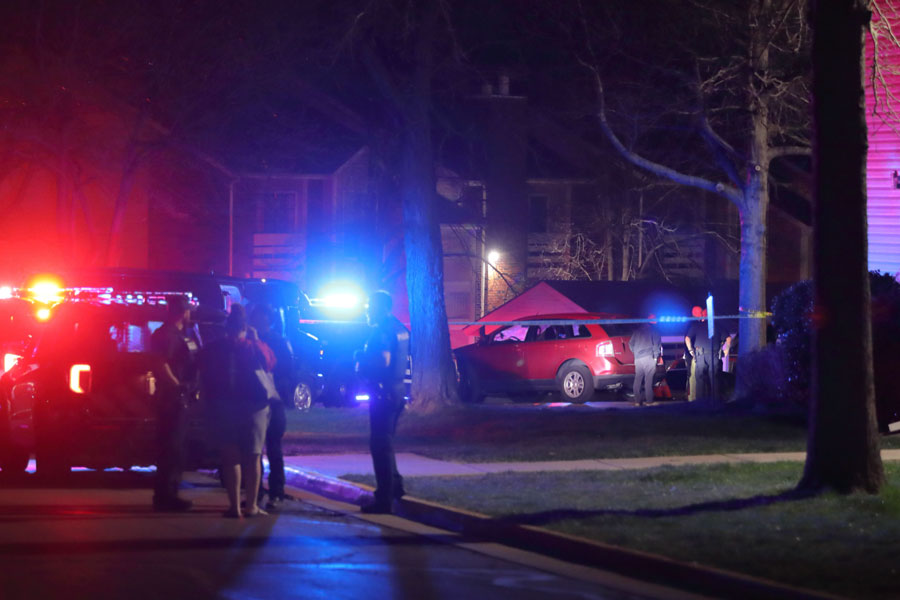 Johnson County prosecutors dismissed a first-degree murder charge against Robert L. Jones, a Kansas City, Missouri, man charged in April following a double shooting at the SilverWood Apartments in Mission. Above, investigators on the scene of the shooting in April. File photo.

The Johnson County District Attorney earlier this month abruptly dropped a first-degree murder charge against a 19-year-old Kansas City, Missouri, man in connection to a double shooting at a Mission apartment complex earlier this year.

Background: A 16-year-old boy was killed and a 13-year-old girl injured in a shooting at the SilverWood Apartments on Foxridge Drive in Mission on the evening of Sunday, April 10.

What do court records show? Prosecutors filed an order of dismissal for Jones’s case on July 12, nearly three months after Jones’s was arrested and initially charged.

What they’re saying: The Post also reached out to Bath, Jones’s lead defense attorneys, by email and phone but had yet to hear back by the time this article was published.

What’s next: The motion for an expungement hearing is scheduled for mid-morning on Aug. 18, according to Johnson County records.