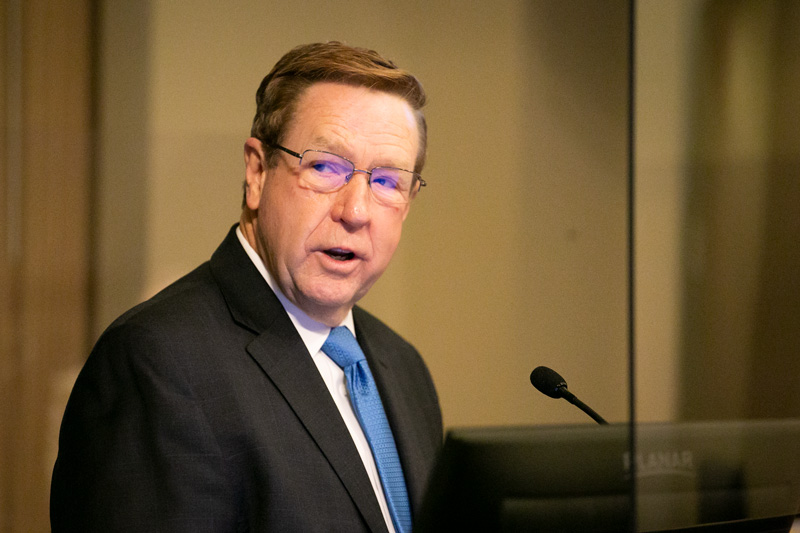 A sheriff’s investigation into Johnson County’s election procedures was initiated because of more than 200 tips alleging fraud and was not an attempt to interfere with elections, Sheriff Calvin Hayden’s office said Tuesday.

What’s new: A sheriff’s office news release defended Hayden’s use of staff time to check into unspecified claims about the election, saying the office is merely investigating the numerous tips that have come into the office since 2021 concerning election procedures.

What happened in the meeting? In that meeting, described in an internal letter to Hayden written by the county’s chief legal counsel Peg Trent, Hayden reportedly asked for a bigger role for his office that could include picking up ballots from drop boxes and being present in the election office room where ballots are counted.

What violation? The citation refers to a Kansas law pertaining to restrictions on ballot collection and delivery, but it was not immediately clear what Hayden meant about how that section was being violated.

The investigation: Hayden’s news release Tuesday was the sheriff’s first response to questions about the letter and progress of the months-old investigation since Trent’s letter became public.

Bigger picture: Hayden has been talking about allegations of election malfeasance since at least March, when he said he’d dedicated staff time to checking into numerous questions from the public about the integrity of the elections.

What they’re saying: Meanwhile, county officials including Sherman have stood by the integrity of the election.