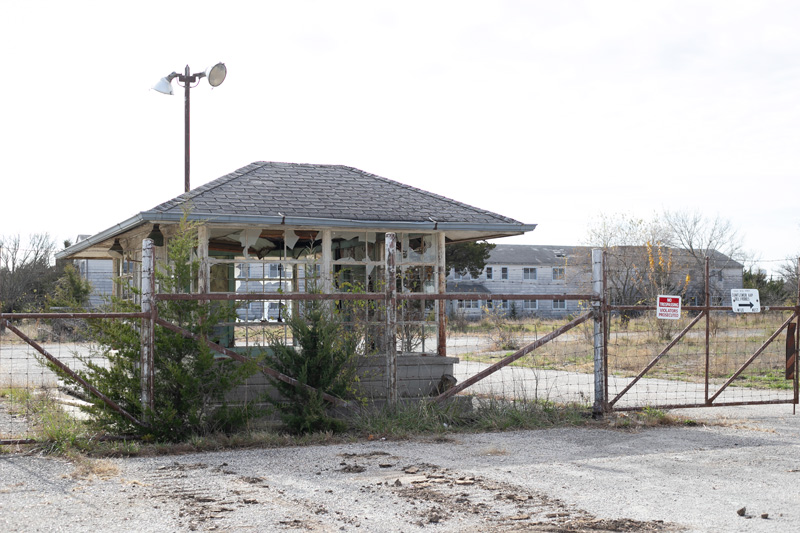 The Sunflower Army Ammunition Plan in De Soto, above, has been closed since the early 1990s. A new $4 billion Panasonic battery factory is now set to come to that spot in western Johnson County. File photo.

In case you missed it: The facility, which will construct batteries for Tesla vehicles, is expected to bring 4,000 new jobs with it, according to Kansas state officials.

De Soto comes ‘full circle’: In a release, De Soto leaders voiced what they think the announcement means for the city itself with Mayor Rick Walker saying the city has now “come full circle.”

Wider Johnson County impacts: In a statement, outgoing Board of County Commissioners Chair Ed Eilert said the $4 billion investment will bring “thousands of jobs and opportunities” to Johnson Countians and Kansans.

With this major development, Kansas is being recognized for our talented workforce, innovative environment & quality of life. Panasonic will bring thousands of good paying, high-quality jobs to our state, benefitting our local businesses & our communities for decades to come.

Local take: State Rep. Stephanie Clayton of Overland Park expressed enthusiasm about the announcement on Twitter and for her fellow Kansas House Commerce committee members who played a part in the process.

So happy to be here at the #Panasonic announcement here in Topeka. Was so proud to push this through as Ranking on #ksleg House Commerce. The hard work paid off, and Kansas is open for business! pic.twitter.com/46UvgCZUmQ

Nothing made me prouder than to have the opportunity to serve with my fellow #ksleg Commerce democrats on that committee. They worked their tails off, and put their faith and trust in those of us who had more information about the project that we could not disclose.

Local Chambers of Commerce weigh in: Sara Ritter, De Soto Chamber of Commerce and Economic Development Council President, said the Chamber is excited to see what the Panasonic facility will do for the area’s local businesses.

Thanks to #ksleg and state leaders who worked to score this big win for Kansas and Johnson County! And a warm welcome to @panasonic coming to our region! https://t.co/DpMv9nPTqX