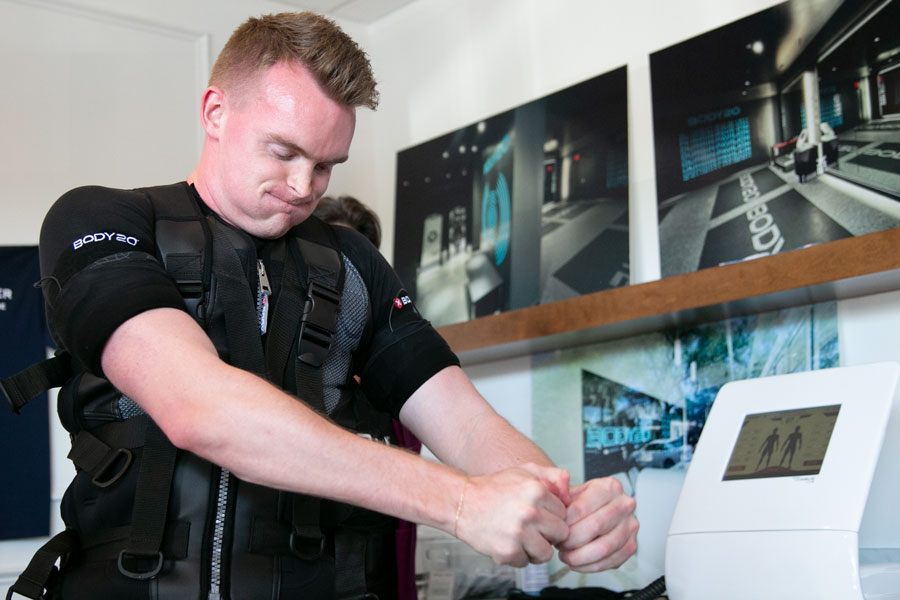 Body20, a Florida-based fitness studio specializing in electro muscle stimulation, is setting up shop in Prairie Village — for the company’s first location in the Kansas City area.

Where at? The Prairie Village location will be at the city’s unofficial wellness hub: Corinth Quarter. It will find a home nextdoor to Sherwin Williams and Club Pilates at 4057 W. 83rd Street.

What’s electro muscle stimulation? It is a type of training that involves individuals donning a suit of electrodes that send electrical pulses to their muscles.

Key quote: “I don’t think this is by any means a shortcut to working out,” Gilliland said. “It is a way to cut down the time, but you’re still going to be working hard for 20 minutes.”

What to expect: Members can visit Body20 up to twice a week, depending on their lifestyle and commitment, Gilliland said, and there are three workout types they offer — strength, cardio and relax.

The details: Body20 is set to open in Prairie Village on August 1, Gilliland said.