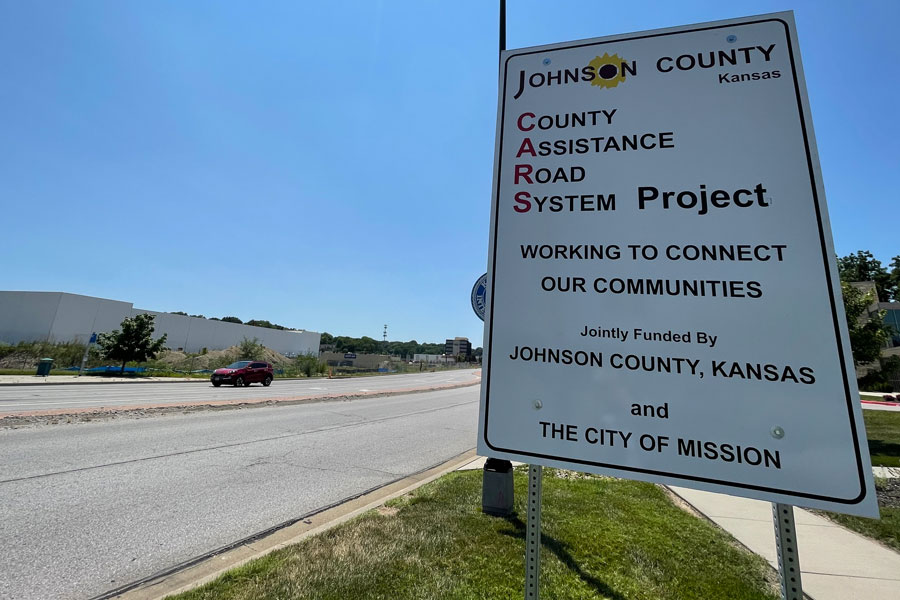 A Johnson Drive construction project in Mission and Roeland Park kicks off today, July 11. Above, a sign about the project near Roe Avenue. Photo credit Juliana Garcia

A stretch of Johnson Drive in Roeland Park and Mission is about to undergo a major facelift.

Why it matters: The two cities are partnering on a rehabilitation project from Roe to Lamar Avenues, which kicks off Monday, July 11.

Background: In January, Mission approved an agreement with Johnson County, through its County Assistance Road System program, for a $1.35 million rehab project on Johnson Drive.

Key details: Once complete, Johnson Drive in this area will be three lanes. The project will also include:

The timeline: Concrete removal on the south side of Johnson Drive begins on Monday, July 11, with complete removal and replacement on the same side over the next four days, according to a July 6 Roeland Park city newsletter.