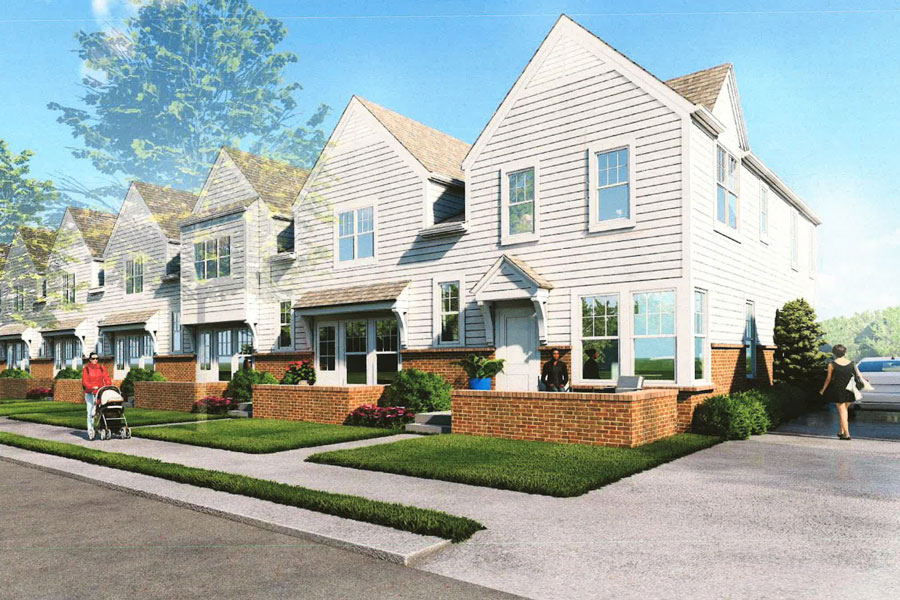 A developer wants to build a 17-unit townhome complex off W. 58th Terrace and Nall Avenue in Mission. Above, a rendering of the concept. Image via city documents.

Correction: The original version of this story incorrectly identified KOENIG Building + Restoration as the developer of the project. It is Skyline Properties that will oversee the development. Scott Koenigsdorf has ownership in both companies, but they are separate entities.

The details: Dubbed Mission Vale, plans call for building 17 two-story townhomes complete with two bedrooms and either a one- or two-car garage. It would be developed by Skyline Properties and the project would be built by KOENIG. Scott Koenigsdorf has ownership in both companies. Skyline and KOENIG completed a similar townhome project in downtown Overland Park last year.

Background: This new proposal comes on the heels of a similar, recently approved project a block over off West 58th Street called 58Nall. The multi-story apartment complex plans to replace the former Sunflower Medical Group offices.

What’s next: The community development committee took no action on Wednesday as Scott simply introduced the proposal.

Key quote: “This project really fills the housing need in this area, I really appreciate the fact that you’re bringing this forward,” Councilmember Ken Davis said at the Wednesday night meeting.