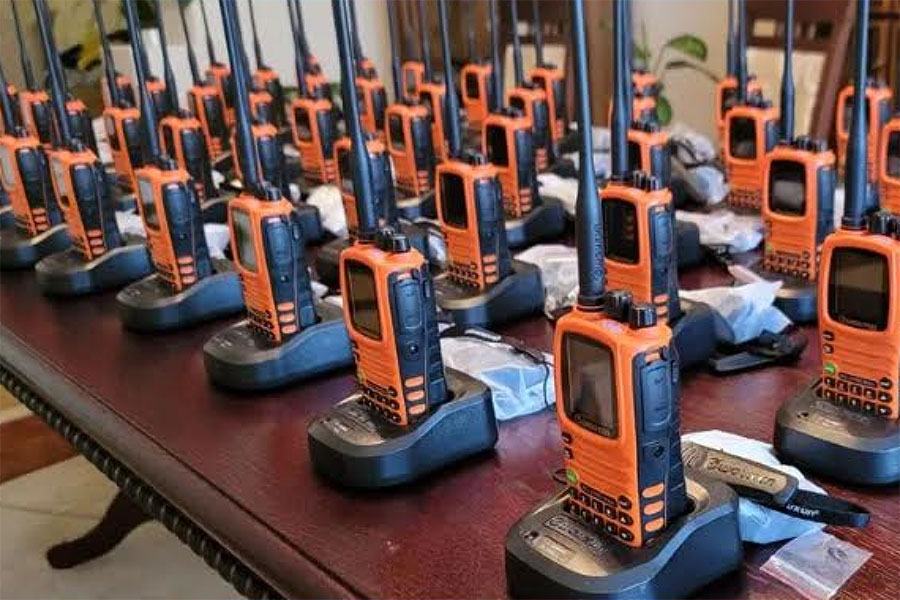 The mayor of Dolyna sent a photo of the walkie talkies Prairie Village donated after they arrived.

Prairie Village’s donation of $10,000 worth of radios to its Ukrainian sister city, Dolyna, have been received and are being put into action.

Background: Prairie Village developed a sister city relationship with Dolyna, Ukraine, in the early 2000s. Though the two cities hadn’t been in touch often in recent years, when the news about the Russian invasion broke, Prairie Village city staff worked to rekindle the relationships.

The city’s donation: After reconnecting with Dolyna, Prairie Village city officials wanted to support Dolyna in some fashion.

A Dolyna thank you: This week, Dyriv sent a “thank you” letter to Mikkelson for the walkie talkie donation.

Key quote: “From the bottom of my heart, I thank you, Mr. Mayor, all the members of the Prairie Village City Council and all the residents of your city for allocating the funds to purchase such important radios for our defense and for all your support of our community and our country,” Dyriv wrote to Mikkelson via email. “These radios will be sent to those branches of the armed forces of Ukraine where residents of our community serve.”