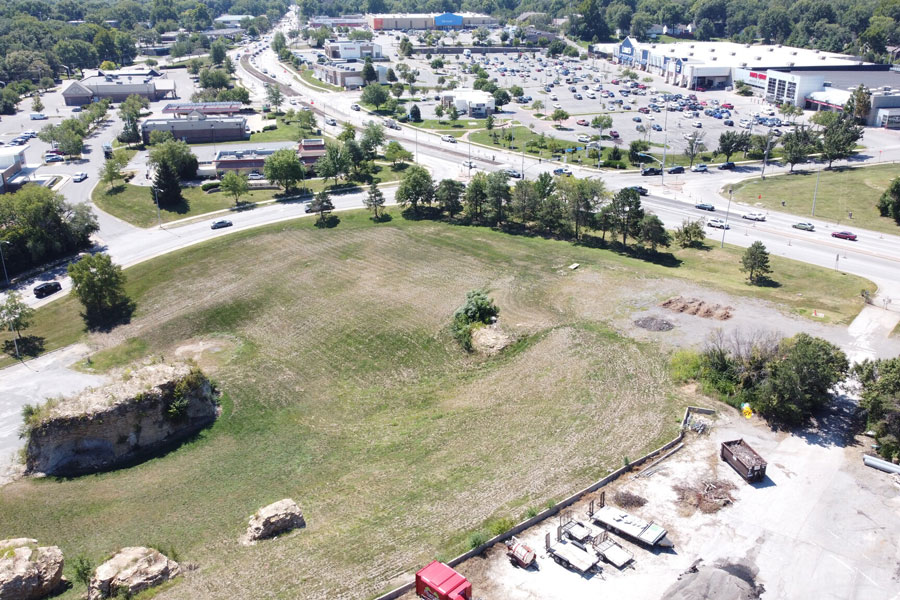 EPC Real Estate is now working on a redevelopment plan for the Rocks site in Roeland Park. Photo credit city of Roeland Park.

A different developer is now working on a mixed-use development proposal “The Rocks” site in Roeland Park, where the municipal swimming pool was located decades ago.

Why a new developer? Mayor Mike Kelly told the city council on June 21 that the city was unable “to come to final terms” with Sunflower Development Group. Roeland Park and Sunflower previously entered into a 120-day memorandum of understanding for a mixed-use development at the same site.

What happened to the last deal? City Administrator Keith Moody told the Post via email it’s not that the city and developers couldn’t agree on specific items, but that “the business terms for any deal of this type are complex and each factors into the developer’s investment decision.”

What’s new: The new memorandum of understanding details a $50 to $75 million total project cost for the entirety of the land — a jump from the $35 to $50 million in the previous MOU. Moody said this increase is in part due to the rise in construction costs, as well as an investment on all four lots on the property opposed to two lots.

Next steps: EPC needs to submit a building layout and conceptual site plan to the city by day 45, according to city documents.

Key quote: “All I see as I drive through every city is luxury apartment buildings, and saying 5% (for low-income tenants) sounds great, it personally is not what I was looking forward to,” Councilmember Tom Madigan. “I do remember us discussing 5% (during an executive session), I do not recall us ever agreeing to 5%.”

Key quote: “One of the other things I remember from that (executive session) conversation is that affordable housing rarely comes in the form of new constructions just due to the price of it,” Councilmember Trisha Brauer said. “Therefore, looking at other solutions in the community to incorporate other methods of affordable housing just so we don’t shoot ourselves in the foot on an opportunity — otherwise, we’re not moving forward with any project, and developers aren’t going to take something where they’re going to lose money either.”