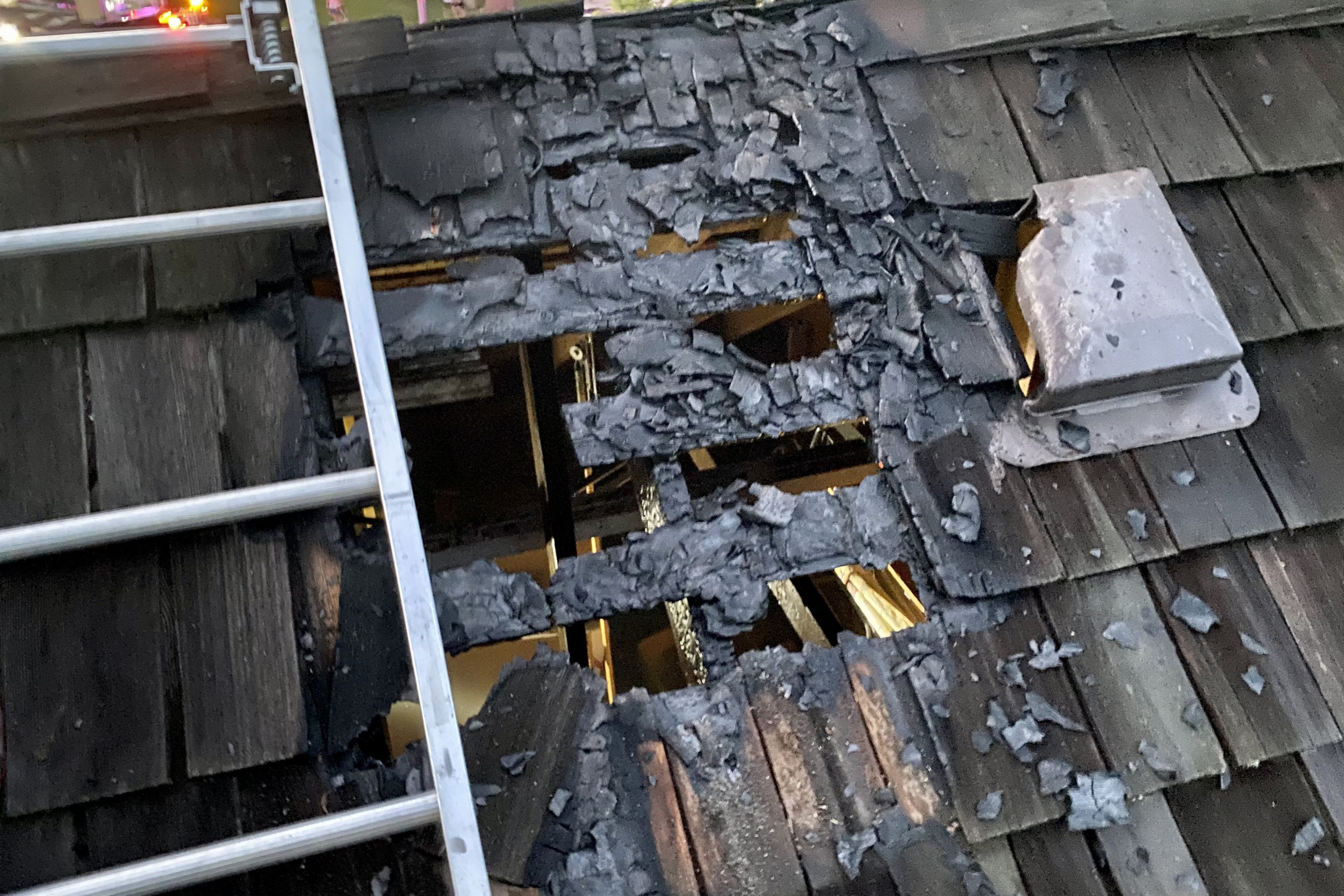 Fireworks are being blamed as the cause of a roof fire in Overland Park on Monday evening.

“Thankfully, firefighters knocked the fire down quickly, and no one was hurt, but this could have been much worse,” Overland Park Fire Department Media Manager Jason Rhodes said in a news release. “This is why fireworks are illegal in Overland Park.”

The fire department has not said where the fireworks came from in the neighborhood.

The house backs up to Interstate 435 and Corporate Woods. As fire crews arrived, many neighbors were already outside in anticipation of Overland Park’s Star-Spangled Spectacular fireworks show.

Fireworks are believed to be the cause of a fire that damaged two picnic tables at Osage Park, 6300 West 87th Street. Crews responded to the park just after 11:30 p.m.