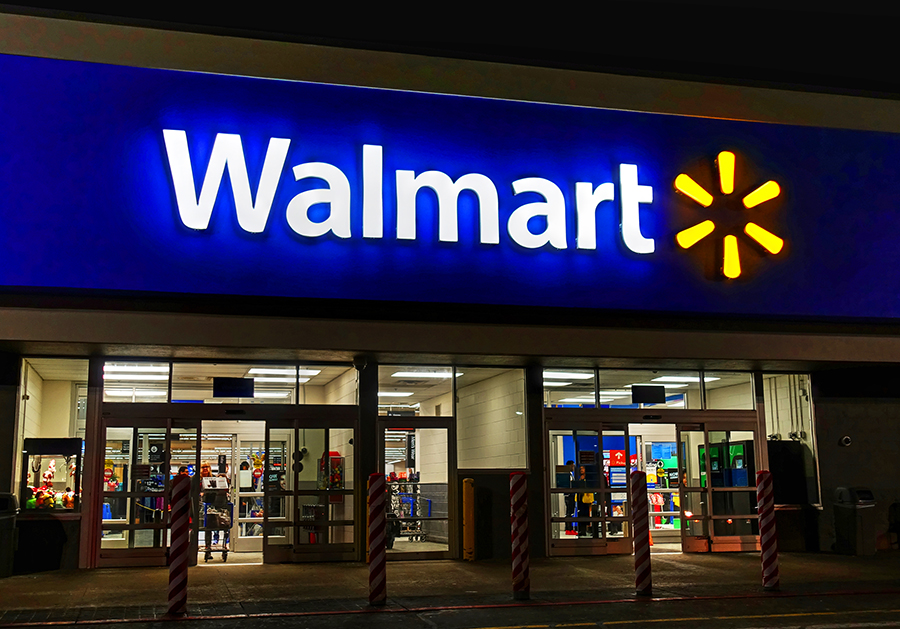 Walmart has accused Johnson County of overvaluing several of its properties here — leaving the possibility that the county and cities may have to pay millions in taxes. File photo.

Johnson County and its cities will be spared – at least for the time being – having to pay millions of dollars of tax refunds to big box stores that contested their method of property valuation.

A much anticipated opinion from the Kansas Supreme Court has reversed an appeals court decision in the Walmart “dark store” case that held the county overvalued 11 of its big box properties in 2016 and 2017 by about $60 million.

• The Kansas Supreme Court has reversed an appeals court ruling that would have left Johnson County and several of its cities liable for property taxes it took in from big-box stores.

• The “dark store” theory case has been closely watched by local officials, who would be left to sort out how to pay pack the taxes from overvaluing the commercial property.

• The court’s decision Friday gives Johnson County a reprieve — but doesn’t eliminate the possibility that cities and the county will have to pay back tax revenue.

However the decision, which focused on legal precedents in similar cases, didn’t let the county completely off the hook. After siding with the county’s legal argument, the panel sent the property tax case back to the state Board of Tax Appeals for reconsideration of the appraisals.

At 9:30 this morning we learned that the Kansas Supreme Court unanimously reversed the Court of Appeals ruling on the “dark store” case regarding the valuation of Walmart and Sam’s Club stores, reversing Prieb’s Court of Appeals decision and allowing for the consideration of all evidence of fair market value.

We appreciate the Kansas Supreme Court taking on this case and providing clarity in this area.

A Kansas Supreme Court decision on the valuation of big box retailers is critical for local governments across the state of Kansas.

This case has been about equity for taxpayers. Every property owner in Kansas, from the large retailer to the homeowner, should be treated equally as the Kansas Constitution requires. Equity is an important factor in property appraisal.

This morning we learned that the Kansas Supreme Court unanimously reversed the ‘dark store’ ruling regarding the valuation of Walmart and Sam’s Club stores in our community.

I thank the Court for taking the case on and making this important decision which allows for the consideration of all evidence of fair market value.

This case has major implications for Overland Park residents, through the City’s, Johnson County’s and other taxing agencies’ abilities to fund the essential programs and services that make our community a wonderful place to live, work and play.

It’s disappointing the Kansas Supreme Court broke from the long-standing Prieb opinion, especially when it appears the record was complete and every issue the Court raised was addressed and obviously considered by the Kansas Board of Tax Appeals. The Kansas business community remains confident BOTA will reaffirm its previous decision that Johnson County overstepped its authority by drastically increasing big box valuations.

It is very clear that Johnson County’s government leaders and appraiser’s office disregarded state law when they concocted the imaginary fairy tale of a dark store “theory.”  Their absolute dishonesty in claiming that these companies did not want to pay their fair share of property taxes is particularly appalling. To blame retail businesses for skirting the law or their tax obligations is entirely false. It’s this type of deceitful behavior that leaves the public doubting the competency of some public officials.

Should the BOTA not find as it previously did, all Kansans should be fearful that Kansas counties and every other taxing entity in the state will be emboldened not to follow the law and to drastically increase property taxes on everyone.

The high court opinion was written by Justice Dan Biles. It focused heavily on an appeals court case that justices said was overly restrictive of the tax appeal board. That case, “In Re the Equalization of Prieb Properties,” was also about how to value big box stores, this time a Best Buy in Shawnee County in 2006 and 2007.

The problem, the opinion said, was that the lower court ruled out a certain appraisal method that considers rental rates from build-to-suit properties like Walmart as part of the value. In doing so, the appeals court “invaded” the realm of BOTA, which should be considered the ultimate fact finder on property values, capable of using the methods it deems proper, the opinion said.

“We remand this case to BOTA to reconsider the County’s evidence without Prieb‘s constraints,” reads the opinion. “Though BOTA may reach the same result on remand, that decision must be based on its own determinations of the facts and witness credibility.”

Arriving at an appraisal value for big box stores has been difficult because of their uniqueness. Only four or five retailers use them, and they tend to build each store for their own brands, to be occupied by the owner. Since the stores rarely go onto the open market until their value has dropped, finding comparable properties for appraisal purposes is often a problem, according to commentary quoted by Biles.

Walmart and other big box retailers have lately challenged the valuations, which result in higher property tax bills. In the case today, the retailer said its valuations for 2016 and 2017 had nearly doubled what they were the year before.

“Dark store theory” gets its nickname because of some retailers’ argument that the stores should be valued as if vacant and ready to be leased on the open market – or “fee simple” rather than “leased fee.”

Biles called that dispute “largely a red herring.” Neither party disputes that earning capacity indicated by the lease price and rental values are factors that may be considered in the valuation, he said.

BOTA is within its discretion to look at all the evidence, the opinion said.

“Based on the record here, there was evidence tending to show reasonable minds can differ on whether the build-to-suit data was enough to support the county’s experts’ valuation opinions,” it said. “And that conflict should be resolved by BOTA – the agency statutorily charged with the decision making.”

However the county did not make a strong enough case for the court to agree that BOTA’s decision was legally wrong, the opinion said, in sending the case back for reconsideration.