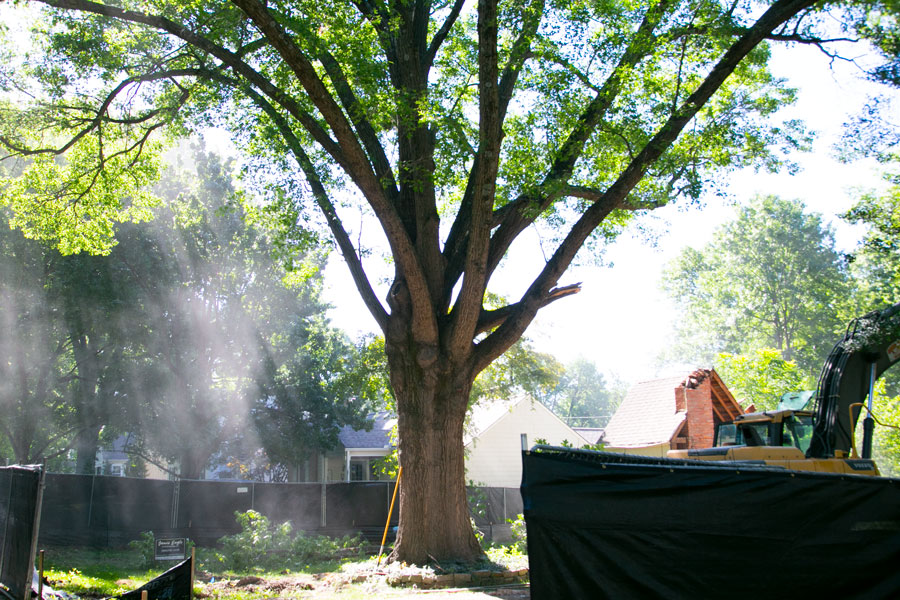 Prairie Villagers don't want the above tree at 5225 W. 69th Street to be removed. It still stood tall the morning of June 29. Photo credit Juliana Garcia.

Some Prairie Village residents are upset about the pending removal of a mature oak tree as part of a teardown-rebuild project off Nall Avenue and W. 69th Street.

The bigger picture: Residents like Barbara Dooley are concerned not only about this specific tree at 5225 W. 69th Street, but about how common shade tree removals appear to be across Prairie Village.

City comments: City staff confirmed via email that the tree removal was approved by the city and followed the tree ordinance process, meaning it is not in violation of the ordinance.

Key quote: “It’s an issue that people need to be aware of because it’s happening everywhere in Prairie Village, and we’re going to end up looking like another suburb of new builds,” Dooley said.

Key quote: “The ordinance does not prevent tree removal from private property, but it does make sure there are good reasons to do so,” Bredehoeft said. “We are having much greater success planting new trees and protecting existing trees on private property than prior to the ordinance. While all might not agree with the decision to remove this specific tree, I feel the process worked as designed.”