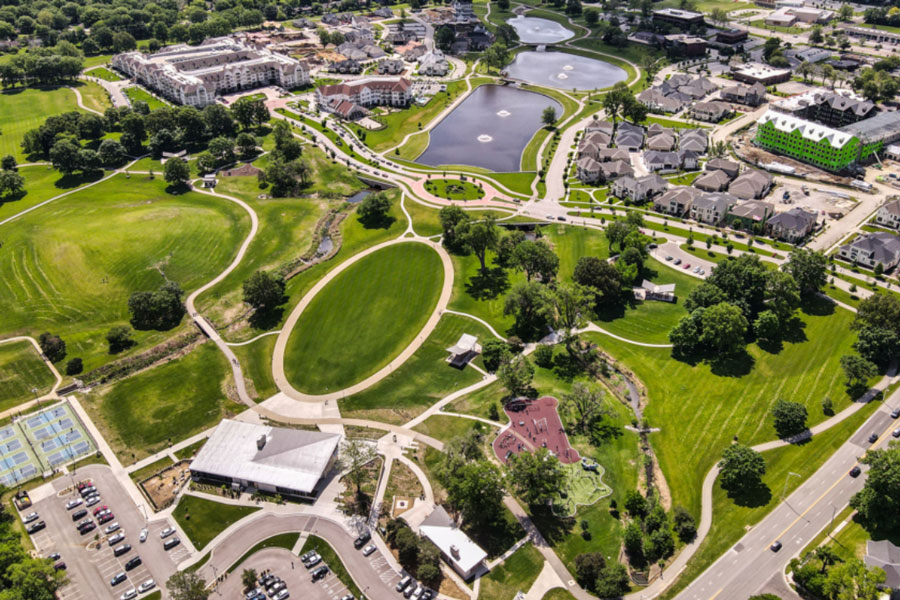 Police spoke with and ultimately used a taser on a man reportedly suffering a mental health crisis near the playground on the eastern side of Meadowbrook Park, near the clubhouse, above. Photo via Meadowbrook Park website.

A portion of Meadowbrook Park in Prairie Village, near 91st Street and Nall Avenue, was evacuated Tuesday evening as police officers responded to reports of a man who was having mental health crisis.

Where exactly? Officers called to the area found the man on a bench near the playground on the eastern side of the park.

What led up to that? Overland Park Police Department spokesperson Officer John Lacy says officers were called to a business in Overland Park in response to reports of a suicidal subject.

Encounter at the park: Prairie Village officers found the man’s SUV parked near Meadowbrook Park, 9101 Nall Avenue, and located a man matching the description sitting on a bench near the playground on the eastern side of the park at about 8:15 p.m.