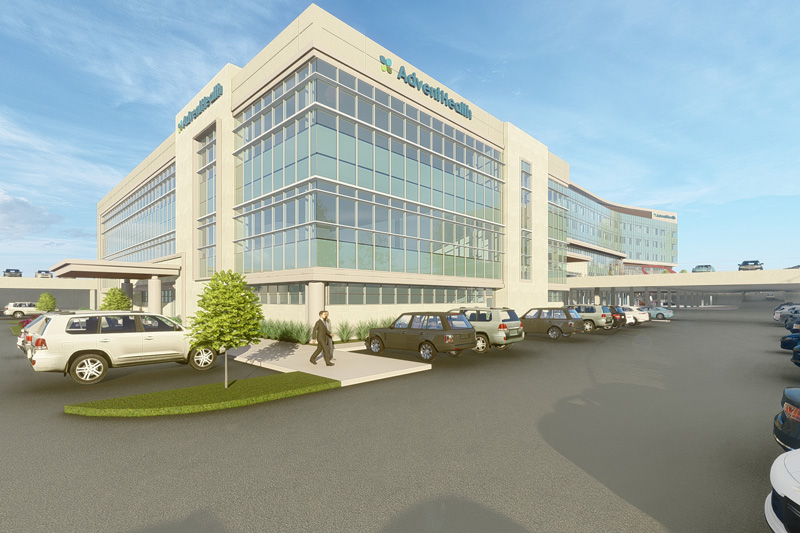 A rendering of the AdventHealth Life Campus near Lenexa City Center, a project which has been discussed in some form since 2008. File image.

A proposal for a five-story hospital and three-story medical office building at Lenexa’s City Center – in the works since 2008 – crossed a major milestone Tuesday night with the city council’s approval of a final plan.

Next steps: Site work is already in progress on the AdventHealth Life Campus at 86th Street and Renner Boulevard.

When will the project be complete? The 230,000-square-foot hospital and companion medical office building, which will be 55,500 square feet, are the first key parts of a project expected to take 20 years to complete, councilmembers said.

Concerns from neighboring residents: As it went through the planning process, the project got some pushback from neighbors to the north.

Council discussion: Councilmember Melanie Arroyo, who was elected in 2021, asked about those issues as well.

The council generally lauded the development. Councilmember Tom Nolte said it is likely to be the largest project in Lenexa’s history.

Key quote: “This is definitely an iconic structure,” that Lenexa will be fortunate to have, Nolte said. “I know how many times we have lamented the Lowes and the Home Depots have skipped over us and we didn’t get the big boxes,” he said. “I’m certainly thrilled that this hospital group, which had many options, has decided to place their facility here. It speaks so much of their trust in our community.”