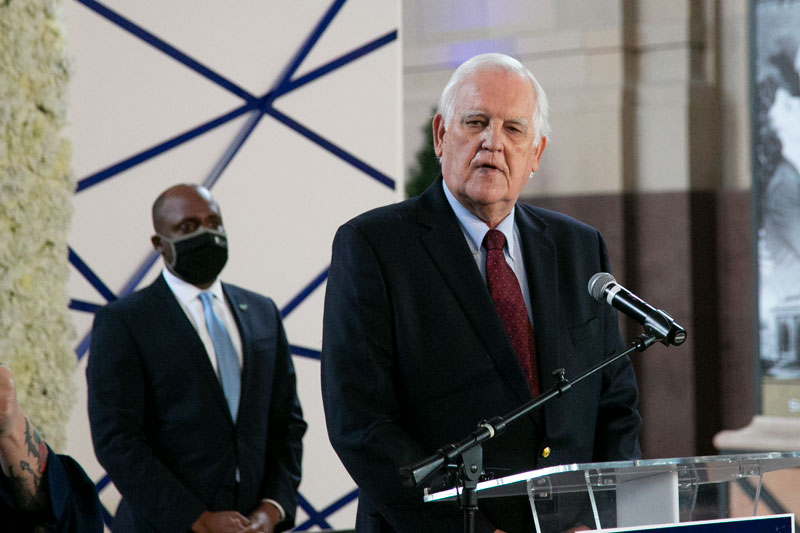 Ed Eilert, above, last year addressing a gathering marking the one-year anniversary of the COVID-19 pandemic in the Kansas City metro, is not running for re-election. His current term will end in January, when a new commission chair is sworn in. File photo.

Johnson County Commission Chair Ed Eilert confirmed Thursday that he suffered a mild stroke about three weeks ago but is now doing well and has had no lingering ill effects.

What we know: Eilert has been back at work on the dais since the stroke occurred on June 2.

What he says: “I have never felt ill in the entire process,” he told the Post. “I feel lucky. It could have been a lot worse but it was not.”

More details: The stroke was diagnosed after Eilert said he woke up one morning feeling off and noticed his blood pressure was high.

Plans to finish out term: Eilert, 82, is one of Johnson County’s most tenured public officials, and he said there is no question he will finish his final term as commission chairman.