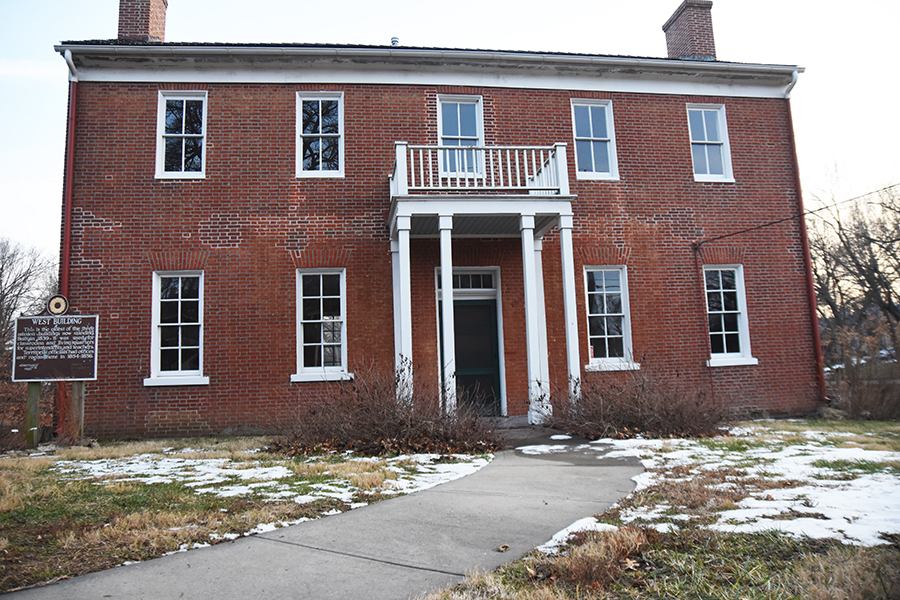 A federal bill that would create a Truth and Healing Commission to investigate Indian boarding schools, like Shawnee Indian Mission in Fairway, is advancing in the U.S. House, along with a companion bill in the Senate. File photo.

There’s new progress on a federal bill that would create a commission to investigate former U.S. Indian boarding schools like the Shawnee Indian Mission in Fairway.

The bill: Co-sponsored by U.S. Rep. Sharice Davids, who is a member of the Ho-Chunk Nation and one of the first Native American members of Congress, HR 5444 would create the Truth and Healing Commission on Indian Boarding School Policies.

What’s new: A Senate committee is scheduled to hold a hearing on a companion bill on Wednesday at 2:30 p.m., where representatives from several tribal nations and Secretary of the Interior Deb Haaland, are set to give testimony.

Background: These efforts come on the heels of a $25,000 grant the Shawnee Tribe received for baseline research into the Shawnee Indian Mission in April.

Key quote: “I would not be here today if not for the resilience of my ancestors and those who came before me — including my grandparents, who are survivors of federal Indian Boarding Schools,” Davids said in a statement. I am glad that my colleagues recognize the importance of investigating what happened to our relatives and working towards a brighter path for the next seven generations. I will continue working across the aisle to gather bipartisan support for this important legislation.”