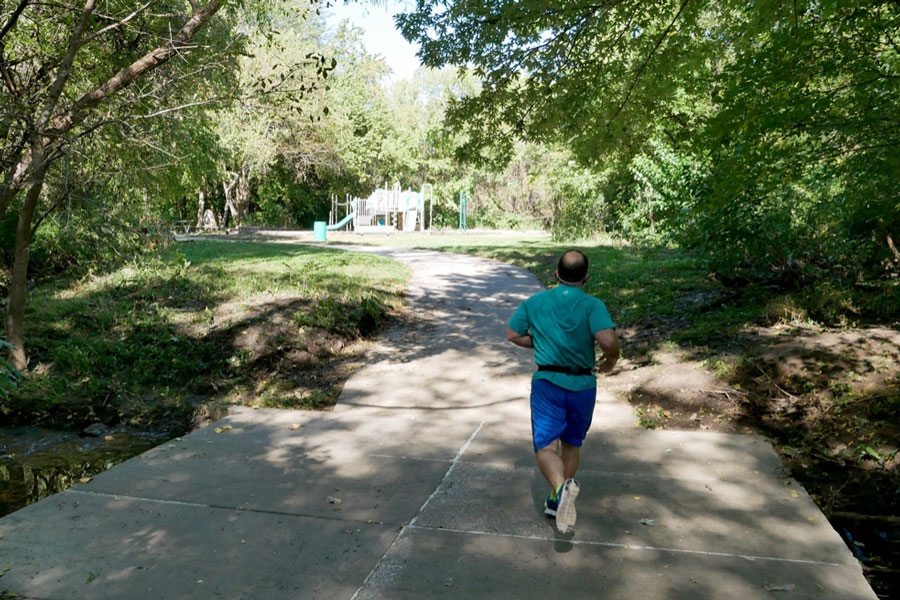 Overland Park's Public Works Committee may take steps this week to fund the building of a new 1.5-mile long trail on 91st Street. Image from city of Overland Park website.

Plans may be moving forward this week for a long-anticipated bike and pedestrian trail in Overland Park, with the help of both state and federal funding.

What’s happening: At Wednesday’s meeting of the city council’s Public Works Committee, the panel is poised to review an amended agreement for the ongoing building of the new bike and pedestrian trail along 91st Street, a project that has been talked about in some form for decades.

Where is it? The trail will run east and west along a stretch of 91st Street and 91st Terrace, from Lowell Avenue to Nall Avenue.

Who is paying? The total estimated cost for the project is roughly $2.1 million, higher than the city’s initial $1.8 million estimate.

Why it matters: The pedestrian trail is one of several parks and recreation additions and revamps that have been underway this year.