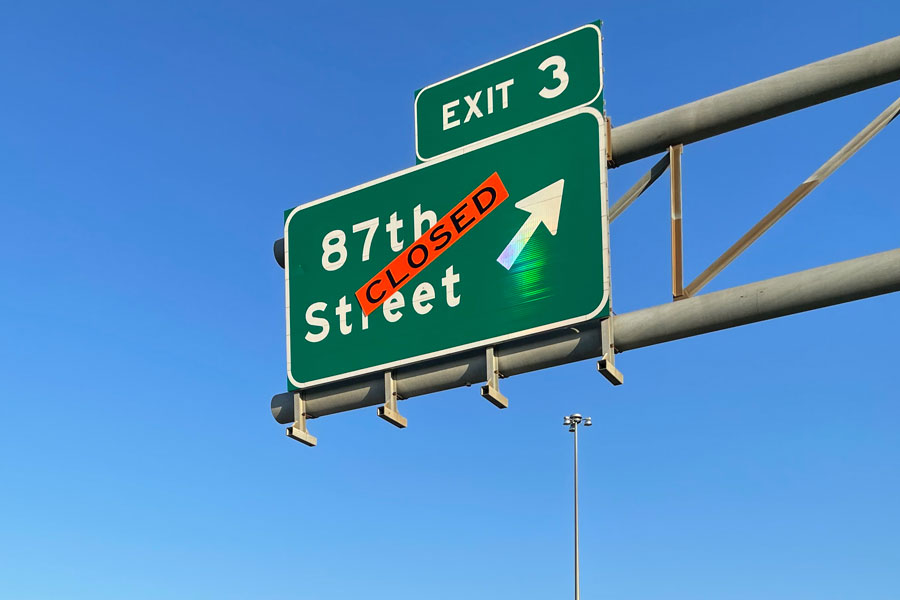 There are several road projects underway or starting this week in Johnson County — here's a look at some of the largest road or lane closures. Photo credit Juliana Garcia.

It’s summertime, Johnson County, and (besides the heat) you know what that means: road construction.

There are several projects that cities or the state are working are working on across Johnson County, and we’ve put together a list of some of the largest one that are either already underway or about to start. This includes both lane closures or delays, as well as full road closures.

87th Street Parkway and Winchester Street: Two-week lane closures at this intersection beginning Tuesday, June 21, for concrete work, according to the city’s Facebook page. Westbound 87th will be reduced to two lanes between Winchester and Elmridge Streets and the northbound lane on Winchester will be closed.

83rd Street: Lane closures between Maurer and Quivira Roads will begin on June 22 and last for three weeks, weather permitting. Although improvements began on May 17 for this repavement project, weather delays pushed the four-week timeline back, according to a city alert.

Indian Creek Parkway between Ash Drive and Juniper Road is closed for another week, until June 27, from 8:30 a.m. to 4 p.m. daily, for a fire line installation, according to the city website.

99th Terrace between Knox and Connell Drives has been closed since Jan. 19 and will remain closed until Oct. 15 for work related to the 2021 Storm Drainage Improvements project, according to the city website.

Southbound Nall Avenue south of 112th Street will remain closed daily until June 27, from 8:30 a.m. to 4:30 p.m. related to work for construction of a right-turn lane, according to the city website.

Newton Street and W. 149th Street at the Blue Valley CAPS Campus closed on May 31 and will remain closed until July 29 for a full road closure.

The westbound (outside) lane on 135th Street from Grandview Street to Antioch Road will be closed daily from June 20 to July 8 between 8:30 a.m. and 4 p.m.

Delays are expected along Johnson Drive between Flint and Goddard Streets as pavement improvements begin on Monday, June 20, and last until Friday, July 1.

Renner Road at the bridge over I-435 closed in March for a six month project to replace the bridge. Detours for this project include using Midland Drive, Lackman road and 79th Street, according to the city website.

Monticello Road from Monticello Springs Park to 75th Street closed on June 13, and will remain closed until late August right before school starts. Detour details can be found on the city’s website here.

Goddard Street between W. 57th Terrace and W. 56th Street closed to thru traffic on May 16 and is expected to remain closed until July 5. This is related to the Goddard reconstruction project, the details of which can be found online here.