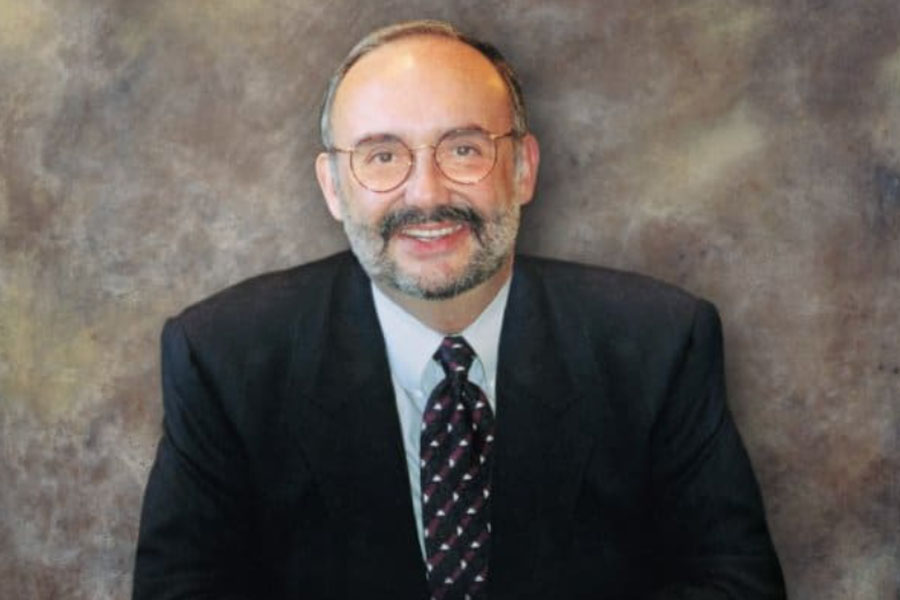 "He worked for others, but all knew that he really excelled at being his own best employee."

Robert L. McKnight, “Rob,” never a baseball fan, slid into home base after a poor start to the season, with his family patiently waiting for the game to end on his terms.

A proud son of Wichita, Rob was born there to Philip Charles and Margaret McClymonds McKnight on February 23, 1947. Rob’s father was advertising director for Beech Aircraft and his mother was the consummate homemaker, even taking a job teaching young marrieds how to use new-fangled electrical appliances. Rob was the middle child; make of that what you will. Older brother Phil (Lawrence) and younger sister Susan (Wichita) have remained a tight-knit group, even though they have never lived in the same place as adults.

His was a typical, happy 1950’s childhood with Rob enjoying school, swim club and being Jim Ryun’s track manager. In 1966, Rob’s father was taken from the family in a tragic accident just as Rob started college. That’s when he would say that his mother no longer had the fortitude to deny or rein in his creativity and entrepreneurial spirit. Yes, she allowed him to own and run 3.2 beer halls in Hutchinson and Lawrence, all while he was supposed to be matriculating. The stories of events and personalities that moved in and out of the Red Dog Inn in Lawrence never left his repertoire of life’s adventures.

Distracted, he should have graduated with a degree in advertising from KU in 1969, but came up a few hours short. Never mind, he was quickly hired by an agency in Topeka, owned by the adjunct professor who gave him an “F” on the campaign he submitted for his last final. First assignment: put that campaign into use for a car dealer in Topeka.

Anyone would say that Rob’s work life was an eclectic and interesting one. It ranged from the early years of ad agency work in Kansas City with Barickman, new product development with Rickey & Biederman, publishing grain industry magazines for Sosland Publishing, marketing heavy equipment with RO Corporation, consulting with the Acacia Group in Washington, D.C. and eventually co-owning a few cabs with Floyd Walton, the reliable taxi driver who would meet Rob’s plane on his weekly commute. He worked for others, but all knew that he really excelled at being his own best employee.

In 1977, a high school buddy asked if Rob would pitch in and help with a kitchen table political campaign. Rob planned and executed the campaign for Democrat Dennis Moore, who defeated an incumbent Republican, to become Johnson County District Attorney. Rob was smitten with this work where “all the product goes on sale the same day and every customer gets to buy only one.” With the guidance of much savvier mentors, he went on to manage more than 400 campaigns, 90% of them successfully electing moderate Republicans in local and state races.

Please don’t hold this against him – he was the one who “invented” those pesky political postcards that now fill mailboxes. He asked, “what is the largest size I can mail for the smallest price,” and now we are all inundated. He was even asked to share his expertise training grassroots campaigners in Arkhangelsk, Russia in 1990. That’s when Republicans were a recognizable breed. A few years back, in a fit of pique, he changed his party affiliation and ran as a Democrat for the statehouse, losing to a greenhorn kid with a “R” beside his name who didn’t even live in the district where Rob had lived since 1978. Oh well …

Rob was happy to let his candidates shine and take credit for campaign successes, but he had some unusual successes of his own. He learned to fly, bought a Cessna 152 and used it to monitor a woodworking business in Arkansas he shared with a “Rock & Roll” friend he knew from the Red Dog. In an 18-month period, he shook hands with Buckminster Fuller, Evel Knievel and hugged Tina Turner. He masterminded getting eight tickets in a lottery for the 1988 Final Four tournament at Kemper Arena, then traded four of them for a new shake shingle roof. He loved writing speeches, obits and Christmas letters for others, never himself. He enjoyed serving on community boards and assisting with his wife’s board service as a problem solver, fundraiser and idea generator, and was especially passionate about his work and advocacy for Planned Parenthood.

Lastly, he would say that his life was most enriched by being surrounded by women: his wife of almost 50 years, Caroline, along with his daughters, Molly Lund (Erik) and Betsy Hadley (Patrick), and their daughters, Ellen and Georgia Lund and Claire Hadley. He would say he only had female dogs, but that is a lie. Morgan, a male, was the best pet ever.

Goodbyes are hard, but Rob deserved a rest. He was a stroke survivor since his 55th birthday. His was a life well-lived, if limited in his last 20 years. He never complained, only did his best to find new challenges for himself and others every day. Till the end, he was using waning energy to finalize all the projects in his head. His kindness, humor and intellect will abide. As he would say, “Bless and release.”

Rob requested no service and for his ashes to be scattered in some very unexpected places. Shhhhh! His family will place the remaining ashes next to his grandparents (because he shares a middle name, Lorne, with his grandfather). He never wanted to be the center of attention, so we are still working on a plan to celebrate his life at a later date in a way that would please him.

Gifts in his memory can be sent to the Johnson County Library Foundation or to a charity of your choice.