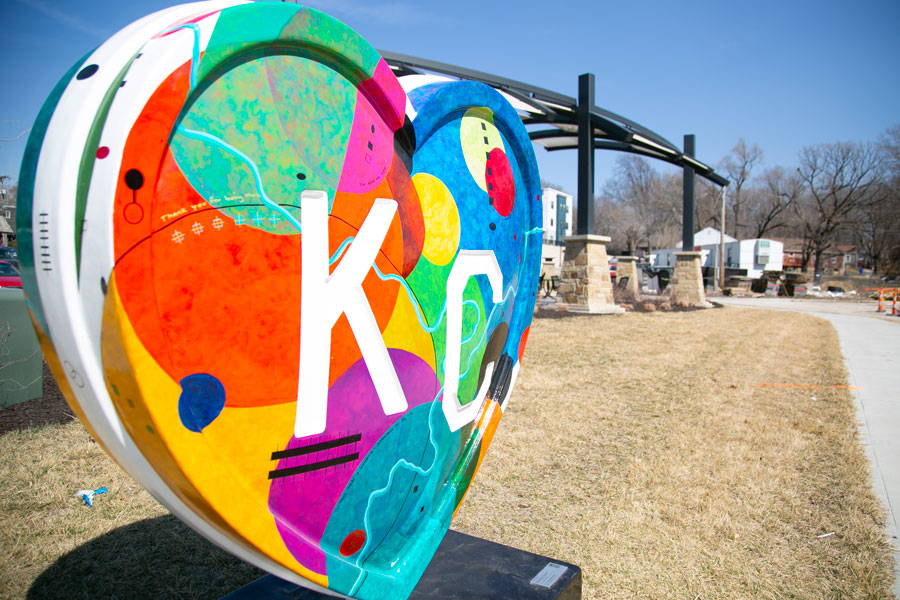 The Parade of Hearts is coming to a close on Friday as almost 150 fiberglass art installations designed by local artists will be auctioned off. Photo credit Nikki Lansford.

The Parade of Hearts art installation is officially coming to a close Friday and almost all of the 156 fiberglass painted pieces, which were designed and decorated by local artists, will be auctioned off.

Online auction: A majority of the hearts – 120 of them to be exact – have been up for auction online since Wednesday, June 8.

In-person auction: In addition to the online auction, another 12 of the hearts, which stand five feet tall, are being auctioned off live Friday evening during a private event at the Arvest Bank Theatre at the Midland in Kansas City.

The proceeds: The Parade of Heats was designed to raise money for those who have been hurt by the COVID-19 pandemic.

Key quote: “We wish we could keep the hearts up forever, but the main mission for us was to raise critical funding to support so many impacted by the last two-plus years,” officials wrote on the Parade of Hearts Twitter page.

We wish we could keep the hearts up forever but the main mission for us was to raise critical funding to support so many impacted by the last two+ years. A big part of that is auctioning most of them off. The online auction kicks off next week. Details soon… pic.twitter.com/WZSDX1uCtP

Background: The region-wide art installation had the hearts placed on both sides of the state line in 31 different cities over the span of three months.